Book by Daniel Mallock ’86: historical friendship has lessons for today

Quincy, Massachusetts, is hometown of the United States’ second president, John Adams. It also is the hometown of Daniel Mallock ’86, who now lives in Nashville, Tennessee.

Growing up in a richly historical area sparked Mallock’s interest in John Adams and history overall. At Ripon, Mallock studied history, English and philosophy, and he became interested in another historical figure, Thomas Jefferson.

Mallock soon learned that Jefferson and Adams were friends for many years and was intrigued by their relationship. Eventually, this interest culminated in the February 2016 publication of Mallock’s first book, “Agony and Eloquence: John Adams, Thomas Jefferson and a World of Revolution.”

Jefferson and Adam had many correspondences, from when they met in 1775 until their deaths on the same day, July 4, 1826, Mallock says. These letters were collected and published in two volumes by the University of North Carolina in 1959. Mallock read these letters but for some time his interest drifted.

“I had been writing Civil War history since I moved to Nashville; but, in 2008 I thought I needed to return to my roots,” Mallock says. “I reread the correspondence, and there was a theme no one had discussed before. There was a hole I could fill by writing this book.”

Mallock strongly believed in the story he had discovered, yet he had trouble finding a willing publisher. So much already had been written about the life of John Adams, and publishers were skeptical that any new angle could be taken, he says.

Mallock’s book is a historical narrative, written so anyone can read it. It follows the story of Adams’ and Jefferson’s friendship, and the political disagreements that almost tore it apart. Mallock thought this story was pertinent to today’s people.

Mallock strove to capture the human aspect of these two major historical figures, and he hopes that readers learn from their story. “One of my favorite things about history is that it’s pertinent to our lives today and we can learn from these people, and use their successes and failures to help us solve problems we have now,” he says.

Mallock has plans for a book about the American Revolution and the Civil War, and to continue writing historical narratives. “Agony and Eloquence: John Adams, Thomas Jefferson and a World of Revolution” is available on amazon.com. 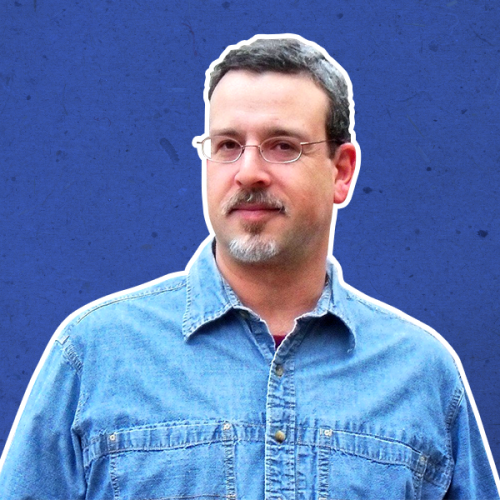