Melissa “Missy” Meierhofer ’11, an alumna of Ripon College’s McNair Scholars Program, has been accepted into the Ph.D. program in the Department of Wildlife and Fisheries Science at Texas A&M University in College Station, Texas.

At Ripon, she participated in a research project under the guidance of Associate Professor of Biology Memuna Khan, who studies various aspects of Eastern bluebird behavior, hormones and physiology. Meierhofer presented data from her first research experience at the Annual McNair Scholars conference.

“I became aware of how extensive research is while learning about myself as a person and a researcher,” Meierhofer says.

She was accepted to Bucknell University in Lewisburg, Pennsylvania, for her master’s degree in biology with an emphasis in animal behavior. There, she participated in an important research project dealing with the devastating and deadly impact of white nose syndrome in bats. A main food source for bats are mosquitoes, so finding a way to reduce or eliminate white nose syndrome is crucial for controlling mosquito populations.

She later was a research specialist in the biological science division at the University of Chicago, and currently is a research associate at Texas A&M where she is focusing on Texas winter bats prior to the arrival of white-nose syndrome. Her team is monitoring for the white nose fungus during the winter. They are gathering baseline data about the roosts and the bat species using the roosts. From this data collection, they will be able to track the potential spread of white nose syndrome thorough Texas. 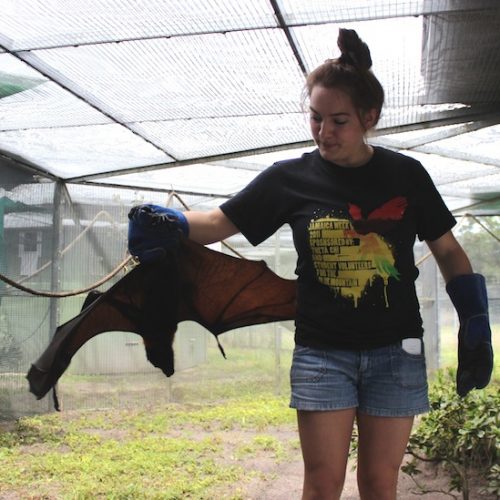