Before transferring to Ripon College, Ryan Edquist ’17 attended Washington State University. The school was so large, Edquist felt lost in the system.

“I was pushed through four advisors in the first semester alone,” he says. “When I asked to explain my situation, I was told I didn’t have enough pull to ask for accommodations from professors. If I wanted a question answered, I was pushed aside.”

The inability to get his questions answered resulted in difficulty enrolling for the right classes, wasting both his time and his money, he says.

He was acquainted with several Ripon alumni, and “I was assured this wasn’t the case at Ripon,” Edquist says. Following their advice, he decided to transfer.

“Ripon offered me something my previous institution didn’t have,” Ryan Edquist says. At Ripon, he found attention and accommodations. He recalls individual staff members who have helped him from the start. Admissions Counselor Jill Cardinal assisted with each step of the transfer and enrollment process. Linda Schneider of the Office of the Registrar has always been willing to answer his questions, and as a first-generation student, Edquist has many.

“My credits were give-and-take,” Edquist says. “While I lost some, departments spent time mulling over the syllabuses that I gave them to decide if there was a comparable class to give me credit for or waive another graduation requirement. I got most of my credits that I had taken and I stayed on track by overloading for only two semesters.”

As he continues work on his psychobiology major, Edquist also keeps himself busy. He is very involved on campus, serves as the Student Senate president and spoke at this year’s Matriculation Convocation.

“Transferring to Ripon was probably one of the best choices of my college career,” he says. 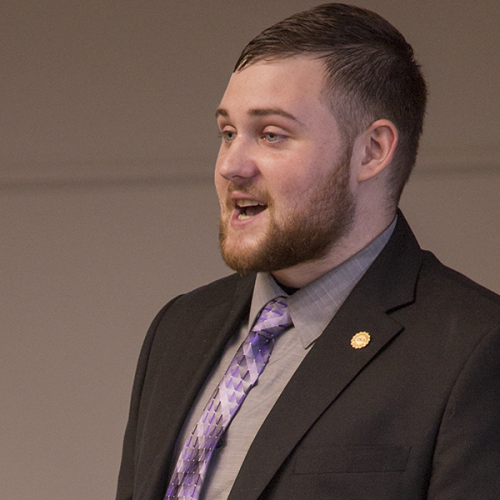