“I always felt a draw to serving in the armed services, but I was never sure how to merge that desire with my academic interests,” says Chris Kochanski ’11 of Annapolis, Maryland. “Through college and grad school, I tried to walk a line between pursuits in the hard sciences and policy studies, specifically national security and terrorism studies. The Navy offered me the solution.”

Kochanski currently serves as a cryptologic warfare officer (CWO), specializing in cryptology, the art of secure communications and protecting information from third parties. “Cyberspace is quickly being recognized as the next major battlespace, and CWOs are largely those influencing how we will utilize and operate in that battlespace,” Kochanski says

“What is great about my designator is our skill sets can be used in a wide variety of applications, which means my potential duty assignments are limitless. You can find CWOs everywhere from ships in the middle of the ocean, to forward deployed units, to integrees into the federal government.”

At Ripon, Kochanski majored in Spanish and politics and government, and he minored in national security studies. He first became interested in the Navy while attending graduate school at Middlebury Institute of International Studies in Monterey, California. The institution was near the Naval Postgraduate School and the Defense Language Institute, so Kochanski had frequent exposure to the military and met many naval officers.

“Upon leaving grad school, I began working with local governments as an emergency planner, but never could quite get the Navy out of my head,” Kochanski says. “One day, on my lunch break, I called an officer recruiter and the rest is more or less history.”

Kochanski had three months of basic training at the Officer Candidate School (OCS) in Newport, Rhode Island. “OCS is one of the most challenging and rewarding experiences of my life,” he says. “A cadre of Navy chiefs and Marine Corp gunnery sergeants sharpen you into officers — if you aren’t making the cut, they are not shy about letting you know!”

Kochanski recently achieved lieutenant junior grade and fully qualified as an information warfare officer (IWO), a more multifaceted field that covers information protection in multiple ways. He hopes to continue advancing in the Navy and someday move into something more policy- or academic-oriented.

He is happy with his decision to join the Navy. “I have the privilege to work with some of the best men and women this country has to offer,” he says. “The Navy — and the military as a whole — offers a level of camaraderie that just doesn’t exist in other sectors of the workplace. Their dedication to mission and country make me excited to put on my uniform every day.” 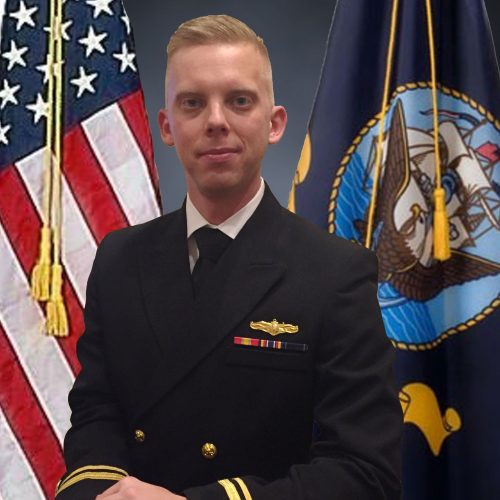