The lights flash on, the music plays, and Erin Canon ’17 glides across the stage in a black evening gown. On Feb. 11, Canon, of Wauwatosa, Wisconsin, took home the title of Miss West Allis.

Now she is preparing for the Miss Wisconsin Scholarship Pageant, to be held June 17 in Oshkosh.

Prepping for pageants is full-time job, Canon says. “I began competing for a title in the Miss America Organization last March, so I have been preparing since January of 2016. Preparation is a year-round thing, as you can always be working more on your platform, practicing your talent, learning more about current events and preparing for interview, as well as keeping a healthy lifestyle.”

Her platform is called “Invisible Scars: Breaking the Cycle of Relationship Abuse.” “I chose this platform since it is very personal to me, as I am a survivor of relationship abuse,” Canon says. “Knowing what it was like being in an abusive relationship and how hard it was to leave one, I want to help as many people experiencing abuse as I can. I am also working to raise awareness among people of the early signs of an abusive relationship to help prevent the abuse before it starts.”

At the Miss Wisconsin Pageant, “Of course, I would love to win,” she says. “My main goal, however, (is) to really enjoy the Miss Wisconsin week, as I have never had that opportunity before, and then to just do my best in all areas of competition.”

Canon’s advice for anyone interested in getting involved in pageants is to just do it. She says, “I remember watching Miss America on TV when I was a little girl and thinking how much I would love to participate in a pageant. When I realized I actually could, I went for it. That’s the best advice I could give anyone: Just go for it!” 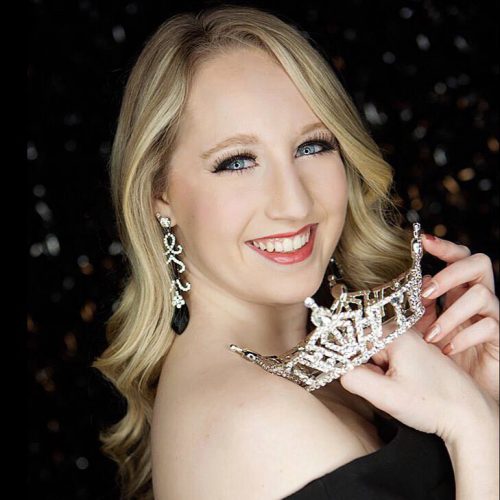