The Rev. Jerry Thompson, a former professor of religion and chaplain of Ripon College, has been honored with an engraved brick at the National Voting Rights Museum and Institute in Selma, Alabama.

The museum is creating a walkway made of bricks engraved with the names of those who played an important part in the civil rights movement of the 1960s. As a fund-raising effort for the museum, $100 a brick is being charge.

Thompson, who died in 2010, was chaplain of the College at the time of the Selma-to-Montgomery Voting Rights March in the spring of 1965. The march was led by Dr. Martin Luther King Jr. The Ripon College student delegation comprised Noel Carota ’67, Richard M. Grimsrud ’65 and Gary G. Yerkey ’66. 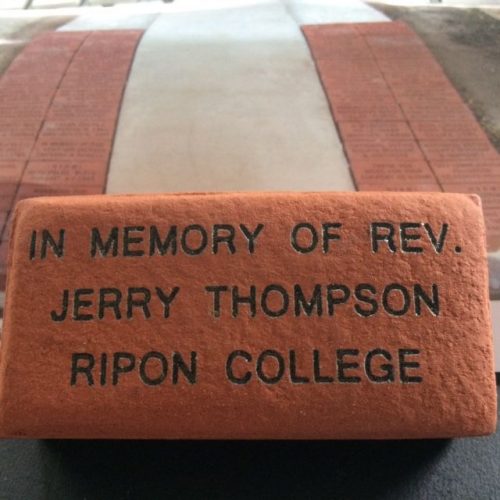