For a successful 50-year musical career, Tim Burr ’61 just sort of showed up

“It just sort of happened,” says Tim Burr ’61 as he describes his reason for coming to Ripon College. The same explanation can be said for Burr’s nearly 50-year musical career.

Burr came to Ripon College to study theatre. At the time, the department consisted of one professor and four students. After two years, Burr decided to transfer to Northwestern University, but he says he is glad he chose Ripon first.

After graduating from Northwestern University with a degree in performance studies, Burr spent three years in the Army, and then a year in Korea. Traveling became a big part of Burr’s young life as he decided to move to Hollywood, California, shortly after returning to the United States. He worked for CBS in the special effects department for 1½ years.

“When I left CBS, I started performing at open mics,” he says. “Eventually, I got a regular job performing one night a week, and then eventually bumped up to six nights,” he says.

Burr never intended to go into music; his dream job was to be a director. It was his philosophy professor at Ripon, Dr. William Tyree, who first gave him the inspiration to sing. Burr remembers performing in the talent show at Ripon. “I did a song, and Dr. Tyree told me I should do that. That was the first encouragement I ever got.”

For 13 years, Burr performed folk music at various bars and restaurants in California, Alaska, Oregon, Hawaii and Vermont. He then decided it was time for some change. “After I got married, I stopped performing in bars because we had infants, and coming home at 3 in the morning wasn’t so great if your kids wake up at 5. So I started singing for women’s clubs and senior citizen groups, which are basically the same thing,” he says with a chuckle.

One of Burr’s craziest stories from performing was when a local women’s club hired him to sing. “They had a group of sixth-grade girls and a woman was going to teach them how to accessorize, but that was after I performed. About a dozen 12-year-old girls had to sit through my performance of music from World War II.”

Burr is looking at retiring, but for now he is in what he calls “semi-retirement.” He performs about six shows a month around the Sheboygan and Milwaukee, Wisconsin, areas.

His advice for those wishing to pursue a performance career: “Be lucky. I was very lucky. At Ripon, one of my classmates was a really good guitar player who showed me how to play correctly.” And as for his success, he says, “I was in the right place at the right time.” Similar to his decision to come to Ripon College, Burr’s music career just sort of happened. 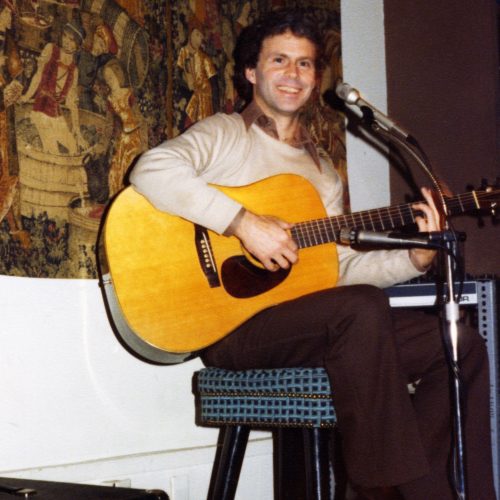