“There’s a gap between what scientists know and how they communicate it, especially to general audiences,” says Michael Timm ’04 of Cudahy, Wisconsin. For years, Timm has been helping fill this gap when it comes to water sciences and green infrastructure. Through creative, interactive mediums, Timm is working to bring these issues to the public. His newest project, an app called Water Story MKE, launches this month.

At Ripon College, Timm was a double-major in English and anthropology, and he also served as an editor for the College Days newspaper. “A formative part of my life and career was working with others to complete a project on deadline and understanding how communities function and communicating their stories,” Timm says.

Timm was a free-lance editor for the H2O column in Milwaukee’s Bay View Compass newspaper, and through this he became more interested in water sustainability. He frequently worked with the University of Milwaukee School of Freshwater Sciences, sharing stories of the scientists there through his column. But eventually, Timm wanted something more. In 2012, he applied to the school and spent the next two years there.

He volunteered around the city, working on green infrastructure projects. “Green infrastructure is a term to cover different ways to collect storm water,” Timm says. “Storm water can overwhelm sewer systems, cause floodings and backups. It’s a community liability, so these small-scale projects add up together to make a difference.”

Timm finds new ways to engage the public about different issues. His first project was Mussel Madness, an interactive, cooperative board game about protecting phytoplankton from an oncoming mussel invasion. Mussels are an invasive species in Wisconsin’s lake water, and they have been disrupting the ecosystem for years. Timm wanted to make this issue engaging and understandable, and a game was an effective way to do that. 100 copies of Mussel Madness were made after a campaign on Kickstarter, supporters of which include Ripon College Associate Professor of Anthropology Molly Margaretten and Associate Dean of Faculty Michele Wittler.

After graduating from the Milwaukee school, Timm worked on an economics project during which he met representatives for ReFlo, a nonprofit organization working toward sustainable water solutions. Working together, they have created a mobile-based app, Water Story MKE. The app functions like a scavenger hunt, taking users to different sites around Milwaukee that are, or were, important to the history of water in the city. At these location, minigames and stories will be accessible, a mix of entertainment and history.

The history “is hidden in plain sight, but if you can’t see it touch it or smell it, it’s hard to care about,” Timm says. “We’re annotating it through the app so you have the story.”

ReFlo will debut the game on July 22 during its The Great Water Race event. Teams of two can sign up to use the app, traveling around the city and ending on Bradford Beach.

Timm says he loves this line of work and feels uniquely suited for it. He believes we should never stop learning, and not be afraid to explore many fields. “As much as what you study or how you study in liberal arts, it’s also important to study things not in your comfort zone,” he says. “Be well-rounded as a person, student, employee and agent of change. Science and the humanities don’t need to be at odds. There’s no fundamental dissonance between them. When they are complementary, they are more powerful.” 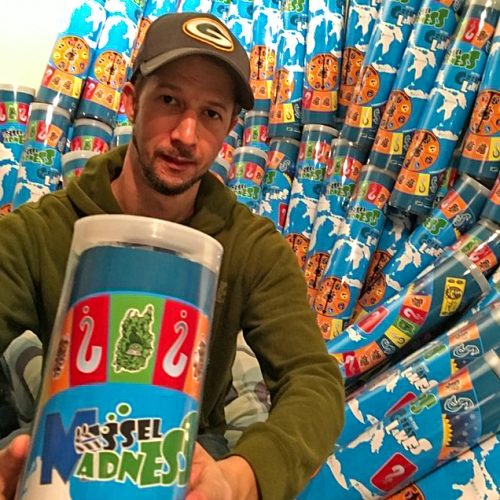