A feature story about alumnus Jack Ankerson ’64 of Norfolk, Virginia, “Once a pro hoops executive, Jack Ankerson has become the ‘Voice of Hampton Roads Sports,’ “ was published by The Virginian-Pilot online, July 8.

Ankerson majored in history at Ripon College and is a Ripon Athletics Hall of Famer. For years, he has been a sports announcer for the men’s and women’s basketball, football, baseball and soccer games at Old Dominion University and Virginia Wesleyan University; the Norfolk Tides, the Triple-A affiliate of the Baltimore Orioles; and other area sporting events.

(Photo by Stephen M. Katz, courtesy of The Virginian-Pilot) 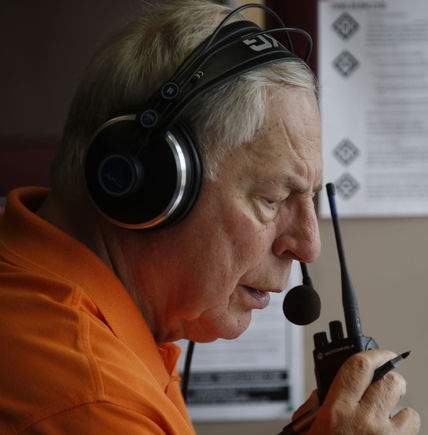