Carrol Maynard Falberg ’48 discovered a passion for social work while she was a student at Ripon College, and that passion has carried her through an active lifetime of work, tring.

At the age of 91, she continues to teach yoga classes, serve on multiple volunteer committees through her church and travel with her family. These have made for quite an exciting retirement. She says the most important thing to her now is her health, and yoga has become one of her greatest interests. She spends a great deal of time teaching yoga to people in her community of Beverly Hills, Michigan.

Falberg majored in social psychology at Ripon. Immediately after completing her undergraduate studies, Falberg traveled to Boston to attend secretarial school. She then began to work with troubled teens through probate court in Birmingham, Michigan. She says her experience at Ripon College, specifically the close relationships she fostered with her professors, was the foundation for her wanting to go into the field that she did, and eventually dedicate much of her time to volunteering and creating those kinds of close bonds with other people in her life.

Her love of traveling also is rooted in her time at Ripon College. During the summer between her junior and senior years, Falberg worked in a program with the American Youth Hostels in Massachusetts. She and other students from all over the country sailed on a ship to France where they spent four months rebuilding youth hostels. She says she continues to travel today because she learned at Ripon that it is “wonderful to meet people of different cultures.” 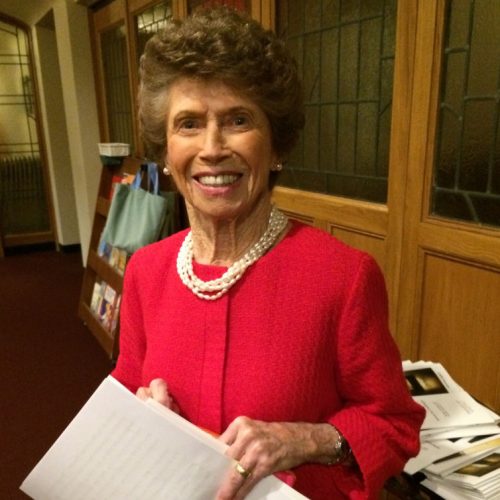