Ellie Byler ’12 has loved writing and storytelling all her life. Now, she is writing stories for struggling readers, to help expand their interest in an art to which she is devoted. Byler, who writes under the penname Raelyn Drake, has three novels coming out in fall 2017, the first half of her six-part series Realm of Mystics.

“If my parents are to be believed, I was dictating stories to them before I could read or write,” she says. “So I guess I’ve wanted to be an author as long as I can remember. I’m always jotting down new story ideas in the margins of things.”

Byler’s series of novels are work-for-hire stories contracted by the publisher Darby Creek. When she learned through a friend that the publisher was looking for writers, Byler submitted a sample and was hired.

“Work-for-hire is interesting because it doesn’t really follow the standard novel-publishing process that everyone is familiar with,” Byler says. For this project, she was given a title and plot skeleton. She then fleshed out characters and plot and sent a draft back to her editor. The process is much quicker than standard publishing, taking less than six months to complete.

Realm of Mystics will be a six-part series of short novels for struggling readers. The storyline follows a group teens in the future, who are forced to playtest a virtual reality video game, which they must win to escape.

“The main character in my novel is not an experienced gamer, however; she has to play through the game with three strangers and try to pick up the rules as she goes along,” Byler explains. Each book in the series will be set in a different type of game, from racing, to platforming to zombie survival. “I got to write the classic fantasy game — like Dungeons & Dragons or World of Warcraft. And I love playing those games in real life, so I had a blast basing a story around that sort of plot.”

Darby Creek publishes books for teens struggling to read. They are low in reading level but high in interest with fast-paced, interesting plots. “They’re written at a fourth-grade reading level, but that certainly doesn’t mean I have to dumb anything down,” Byler says. “I just have to avoid choosing obtuse words, throwing in confusing plot twists, or anything that might cause a struggling reader to get frustrated and give up on the book. It’s definitely different than the other things I write, but it’s a really fun challenge!”

The second half of the series is to be published in spring 2018. She may take on a new project for the publisher to be released in the fall of that year, as well. Byler also writes short stories and has participated in the National Novel Writing Month competition for several years. Her work with Darby Creek encourages Byler to write more and challenge herself, and she looks forward to working with the publisher in the future, and someday publishing a series of her own. 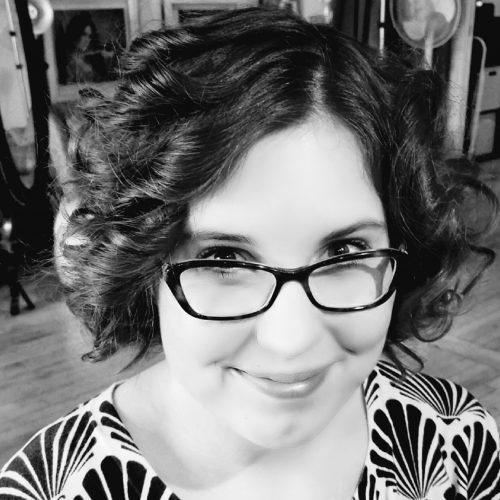