The widely acclaimed comedy play Vanya and Sonia and Masha and Spike, by Christopher Durang, will open the 2017-18 theatre season at Ripon College.

It is one of the most lauded and beloved Broadway plays of recent years. Some of the show’s elements are humorous adaptations of themes from works of Anton Chekhov. Vanya and his adopted sister Sonia live a quiet life in the Pennsylvania farmhouse where they grew up, but their peace is disturbed when their movie star sister Masha returns unannounced with her 20-something boy toy, Spike. A weekend of rivalry, regret and raucousness begins.

The play is intended for mature audiences. 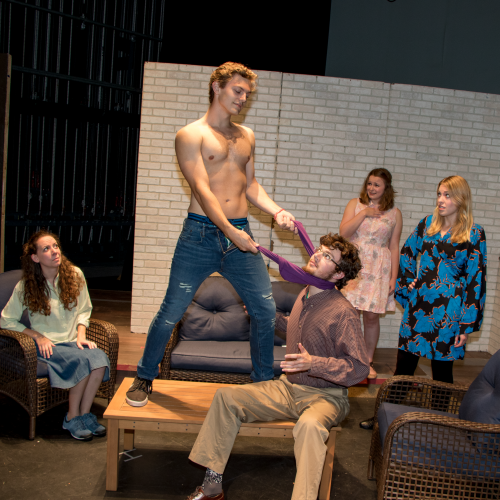