“We decided to collect this data because, as part of our environmental health and safety, one of our bigger concerns is sustainability on campus,” Engstrom says. “There have been efforts by staff and the students of EGOR (the Environmental Group of Ripon) to spread awareness about ways to improve the environment and we thought to see how much of a difference we’re already making.

“We hope to apply this data in a sort of awareness or congratulatory campaign to increase sustainability on campus. There are many other projects such as the community garden that do not appear to receive a lot of attention, and we want to make Ripon’s environmental aspects more noticeable.”

Data for their study was collected in only an hour, going from station to station around campus and recording filter status and the number of bottles each had approximately saved. This data can indicate how much plastic waste has been avoided, and also could potentially show information about students’ activity, such as what places students visit more often.

“Data about location could be used to see student activity and where resources could be advertised alongside the correlation,” Engstrom says.

Some water stations, such as one on the first floor of Scott Hall, are used more often than others. Some, such as the one by the Center for Diversity and Inclusion, are not used as often. While only correlation, this data potentially could be used to learn more about activity on campus. 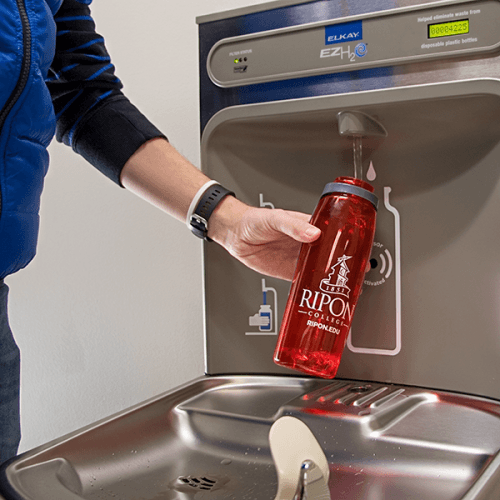