Spektral Quartet, who cultivate a love of and curiosity for unfamiliar sonic territory and exceptional works of the past, will perform Friday, Jan. 26, at Ripon College as part of the Chamber Music and Jazz at Ripon series.

This performance is the annual Lynn Post Northrop Memorial Concert at Ripon College.

The program will include quartets by Bela Bartok, Johannes Brahms and the contemporary composer George Lewis.

Their charismatic deliveries, interactive concert formats and an up-close atmosphere enliven vivid conversation between exhilarating works of the traditional canon and those written this decade, this year, or this week.

Their most recent album was described by Gramophone as “highly-interactive, creative and collaborative … unlike anything its intended audience—or anyone else—has ever heard.”

Their recording Serious Business, released in 2016, was nominated for a 2017 Grammy Award and described as “a delirious new record” by Alex Ross. It explores the many-sided face of humor in classical music.

A New York Times reviewer said they “proved that they have everything: a supreme technical command that seems to come easily, a capacity to make complicated music clear, and, most notably on this occasion, an ability to cast a magic spell. …”

During 2017, Spektral became one of the few quartets in the world to perform Morton Feldman’s six-hour masterpiece, the String Quartet No. 2, at both the Museum of Contemporary Art in Chicago and the Toledo Museum of Art. 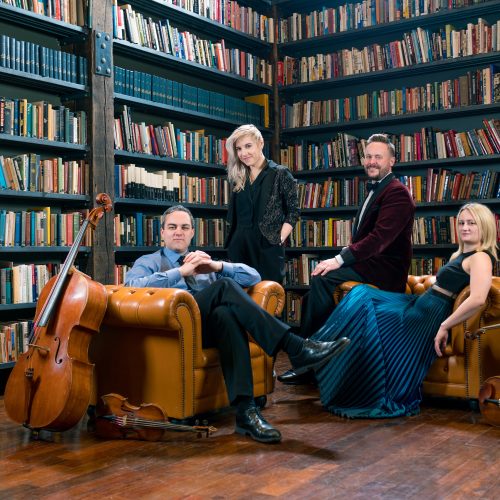