Thomas Mace ’69, who has held leadership positions with the Environmental Protection Agency and NASA, will talk about climate change and the environment from a conservative viewpoint during a visit to Ripon College Feb. 14. The interactive discussion will begin at 4:30 p.m. in Kresge Little Theatre, East Hall, on the Ripon College campus. All are invited to attend at no charge.

The visit is sponsored by the Ripon College Republicans.

Mace grew up in Menasha, Wisconsin, and is a 1969 graduate of Ripon College with a degree in psychology. While at Ripon, he was a member of Phi Delta Theta, lettered in wrestling, and was active in the Young Republicans.

With the U.S. Air Force, he became a KC-135 (tanker) pilot, serving on nuclear alert and in Viet Nam. At the University of Wisconsin-Madison, he earned master’s and Ph.D. degrees in environmental monitoring, the first such degree granted by the university. He also spent a year in Mexico, working for Spectral Data Corp., identifying opium poppy fields from aerial photography.

At Lockheed, he worked under contract to the U.S. EPA at its Environmental Monitoring Systems Laboratory in Las Vegas. He held a series of positions beginning with senior scientist and ending with remote sensing department manager.

In 1986, he joined the EPA as chief of the Remote and Air Monitoring Research Branch, serving as a scientist and manager at Las Vegas, Washington, D.C., and Research Triangle Park, North Carolina, championing the use of Geographic Information Systems in EPA, serving as the EPA liaison to NASA for Mission to Planet Earth, and chairing the Interagency Working Group on Data Management for Global Change. He also served on a team assisting Latvia, Estonia, Lithuania and Slovakia to develop environmental monitoring solutions upon their departure from the Soviet Union.

In 2000, he transitioned to NASA at the Armstrong Flight Research Center on Edwards Air Force Base, California, where he served as a director, airborne science directorate, acting director test systems directorate, and senior science advisor.

He also served on the NASA Climate Adaptation Science Investigator Team, looking at vulnerabilities and sustaining adaptations to climate change for NASA facilities through 2080.

He currently is owner/operator of Mace Geospatial LLC, assisting NASA and NOAA with remote sensing and GIS research and evaluations. 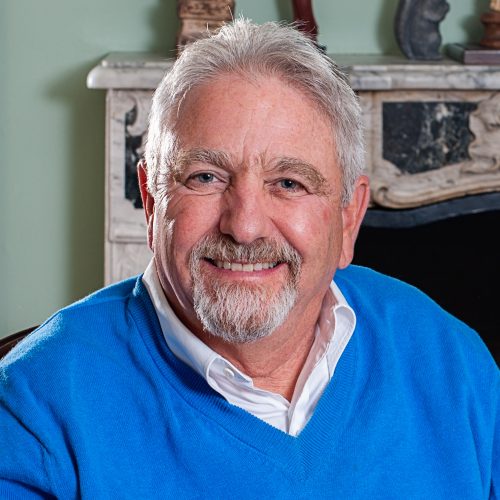