Psychology students explore the relationship between gender and emotional eating

So does or doesn’t chocolate make everything all better? The stereotype that women consume copious amounts of chocolate when upset was the focus of the psychology capstone project for seniors Tene Robinson of Romeoville, Illinois, and Casey O’Malley ’19 of Kenosha, Wisconsin. With help from Associate Professor of Psychology Kristine Kovack-Lesh, the duo fleshed out the project.

Participants first took a pre-test and filled out forms. They then were shown a sad film clip, the end of comedy-drama Marley & Me, during which the viewers had access to a pile of 30 M&Ms. After the film clip, the team measured their level of emotion as well as how many candies had been eaten.

The results were intriguing, the researchers said. They found no significant correlation between the number of M&Ms that were consumed and the viewer’s level of sadness; they did, however, find that after viewing the sad clip, participants, regardless of gender, felt much more emotional than they had at the beginning of the experiment.

The biggest challenge for Robinson and O’Malley was determining what exactly they wanted to research and how to go about doing it, Robinson said. “There is a lot of information and experiments out there that involve eating, so it was difficult finding studies that truly had relevance to ours.

“Being able to see the participants’ reaction when they realized what they were being shown was very interesting,” she said. “We were able to see a wide range of emotions and see how other people handled being in that situation.”

Robinson and O’Malley are psychology majors, and both plan on pursuing careers in psychology upon graduation. 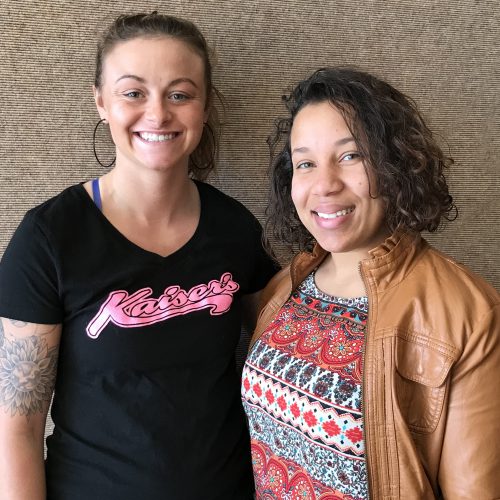