“Women in Politics,” a panel discussion, will be held March 21 at Ripon College. The event will begin at 4:30 p.m. in Kresge Little Theatre, East Hall, and is sponsored by The Center for Politics and the People.

The 2016 election marked a glass-shattering victory for women everywhere, but reaching this milestone took decades of overcoming obstacles and resistance. Three women involved in the political sphere will share their thoughts on challenges women running for office frequently face.

They will discuss the current state of affairs for women in politics as well as what they see as hopeful signs for the future. Panelists also will offer advice that all people — particularly women — can take with them to use in their lives and leadership roles in politics. 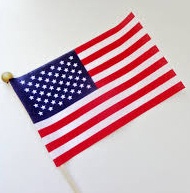