Larry Honaker ’11, a graduate student at the University of Luxembourg in Europe, has had an article published in Langmuir, a scientific journal.

At Ripon College, he majored in physics and minored in chemistry and French. He received a master’s degree in chemical physics from Kent State University.

Usually when applying for graduate school, the student applies to a thesis supervisor rather than the actual college, Honaker says. He chose to apply to Luxembourg because of his specific thesis and because he wanted to experience life in Europe.

His experiences at Ripon College helped him to get accepted into graduate school, Honaker says. When applying for a grant to help him move to Luxembourg, it was notable that Honaker had experience with the French culture, speaking French and had worked in France.

He now plans to further his research by making the system more automatic rather than manual. 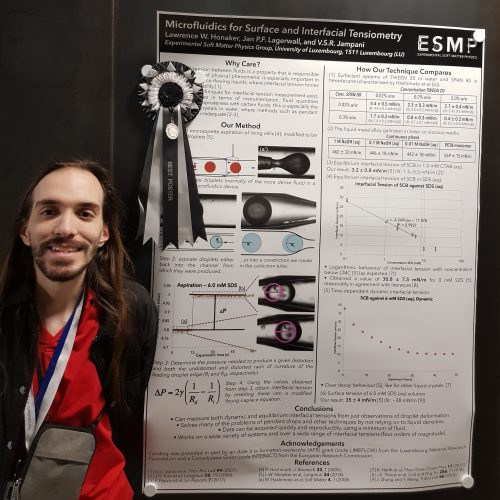