The NSF GRFP “helps ensure the vitality of the human resource base of science and engineering in the United States and reinforces its diversity.” Annually, the program recognizes and supports graduate students in NSF-supported science, technology, engineering and mathematics disciplines.

Recipients of the NSF GRFP award receive a three-year annual stipend of $34,000, as well as a $12,000 cost of education allowance for tuition and fees. Recipients then become inducted as Fellows into the NSF, and are granted opportunities for international research and professional development as well as the freedom to continue research at any U.S. graduate institution of their choice.

Enright’s proposal was titled “Bottom-Up Processing of Polymer Thin Films in 3D”. A first-year graduate student in the Polymer Science and Engineering Department at the University of Massachusetts Amherst, Enright is “ interested in studying the behavior of micro-particles at fluid interfaces and the synthesis of polymer-particle composite films.”

Since 1952, NSF has funded over 50,000 Graduate Research Fellowships from a pool of more than 500,000 applicants. Enright joins the ranks of 42 Nobel laureates and over 450 National Academy of Sciences members.

“I am very excited to have received the NSF graduate research fellowship, which will fund me to conduct three years of Ph.D. research, and allows me to pursue whatever research questions I find most interesting,” says Enright.

While at Ripon, Enright majored in chemistry and minored in both Spanish and physics. “I am most grateful to Ripon College for the meaningful friendships and relationships I formed as a student,” says Enright. “I am also grateful that I learned how to understand scientific research projects and how to communicate about science.” 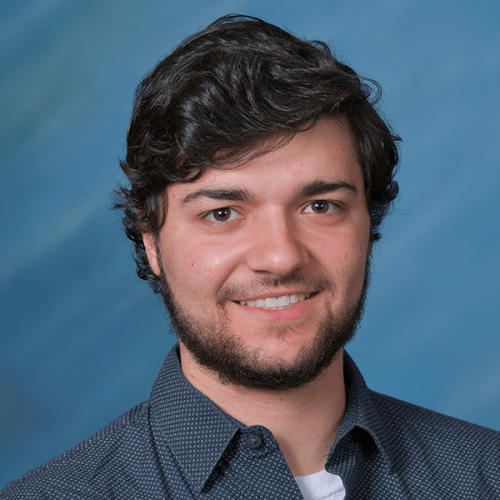