When William Ainslie ’79 first came to Ripon College, he was an aspiring pre-med student majoring in biology. But two summers attending the Wilderness Field Station near Ely, Minnesota, “were transformative,” he says. “My experience at the field station changed my interest and my focus and influenced my eventual career.

“I discovered … that the wilderness is a setting which is both beautiful and ominous, and one in which man is but a part of a greater whole. But as impressive as the natural resources in the Boundary Waters Canoe Area and Quetico Provincial Park were, even back in the ’70s, there was evidence of man-made disturbance to the ecosystem. This evidence of man’s influence in such a wild a beautiful setting was alarming.”

He changed his focus to protecting the environment and earned a master’s degree in wildlife management from the University of Wisconsin-Stevens Point. From 1985 to 1986, he was a science instructor at Ripon College. Then, in 1986, he began his career with the United States Environmental Protection Agency. He lives in Decatur, Georgia, and is the wetlands mitigation and assessment coordinator for the southeastern United States.

“For the past 30+ years, I have worked in the real, fascinating and yet sometimes frustratingly multi-faceted nether world of science and public environmental policy,” Ainslie says. “EPA conducts its work through the implementation of law and the regulations developed as a result of those laws. The Clean Air Act, Superfund, Resource Conservation and Recovery Act, as well as the Clean Water Act are some of the laws under which EPA is directed by Congress to serve the public interest by protecting the environment in which we live.”

He says his education at Ripon College has reaped benefits throughout his working life. “Learning how to learn and assimilate information at Ripon has been of immense benefit,” he says. “Keeping current at work and continually learning is an intriguing and enjoyable aspect of my job. In addition to a solid knowledge of science, a job like mine requires an ability to process new information, and fit that information into the context of a particular issue. In other words, the job requires the ability to think critically.

“I have always maintained that the liberal arts education I received at Ripon does an excellent job of providing a basis for critical thought, and just as importantly, critical communication,” he says. “The rigor of thought and mastery of the subject matter required to express cogent thoughts for my Ripon classes set me up well to eventually go on to critically assess proposals to impact important aquatic resources, consider additional information and its relevance, and thoughtfully represent the position of EPA in writing.”

He says he most appreciates the interactions and experiences shared with his classmates, classes and discussions with faculty, support from college staff and experiences on the residence hall staff. They “gave me a sense of belonging, purpose, ethics and a chance to grow,” Ainslie says. “Not to mention the opportunity to make lasting friends. Instruction was top-notch, but the faculty’s interest in and desire to help each student succeed was exceptional. Without the exceptional faculty and staff, the College would be but a group of buildings, another place, just another school. But the people at Ripon College make Ripon College.” 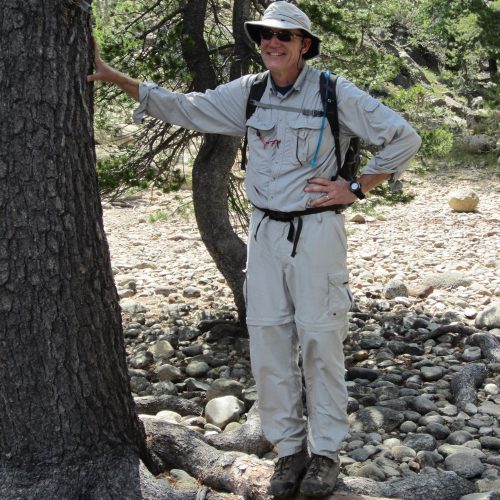