“When I visited later that fall, I fell in love with the small class sizes, the community feeling on campus, and the interactive nature, rigor and relevance of the classes in my intended major and minor,” LeGreve says. “Ripon’s commitment to the liberal arts combined with the fact that I was more than just a number to the college really drew me to the school, and I realized it was a place where I could explore and grow.”

LeGreve majored in Spanish and physics at Ripon College, with a minor in educational studies. He now is a world language teacher with the Green Lake (Wisconsin) School District and a past president of the Wisconsin Association for Language Teachers. From 2014 to 2017, LeGreve served as a delegate representing Wisconsin at the American Council on the Teaching of Foreign Languages National Convention. In 2018, he served as the Local Liaison for the Central States Conference on the Teaching of Foreign Languages Conference in Milwaukee.

He values the personalized education he received at a small school and the close relationships that were fostered. “The smaller size of Ripon was perfect for me, as it allowed me to get to know so many of my classmates well and form lifelong bonds,” he says. “I wasn’t just a bubble floating around a big campus. I was part of the community just like everyone else.

“I got to know each professor, often having several classes with each one. They also got to know my learning style and interests, which made the classes even more engaging. Additionally, they were all great models of intellectual curiosity and lifelong learning, which is a great habit to instill in students. I found the access to opportunities at Ripon beyond rewarding. I was able to attend conferences with my professors, do research and independent studies that fit my career goals, be a tour guide and resident assistant, study abroad, and participate in/lead a number of student activities — which, in turn, gave me countless great memories and a plethora of experiences that helped prepare me for life after Ripon.”

He says his Ripon College experience influences his life every day. “The focus on liberal arts and a well-rounded education at Ripon College helped me foster an intellectual fearlessness that allows me to stay curious and be a lifelong learner, which in turn keeps me involved in professional development and allows me to constantly grow in my teaching and deepen the experiences of my students.” 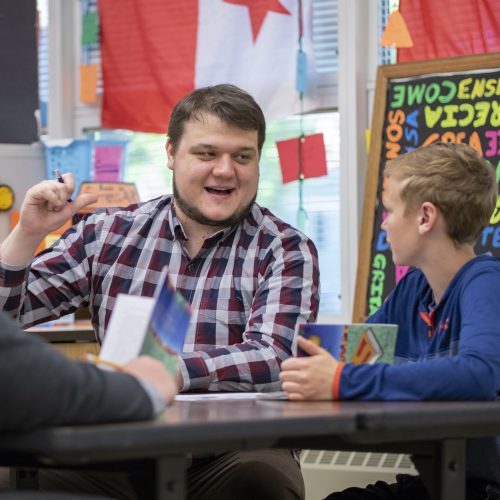