The tight-knit community that makes up Ripon College first attracted Lindsay Gorske Michels ’04, and it is what she values now in her life.

“Ripon College was very welcoming,” she says. “I enjoyed the campus and tight-knit community. The small class size was very appealing to me. It also gave me the opportunity to get a high-quality education while still participating in extracurricular activities. I was also able to see how wonderful Ripon College is first-hand, through my sister who also attended Ripon College.”

She has been with the Ripon Police Department since 2004. She was the city’s investigator for eight years, the school resource officer in the Ripon Area School District for 3½ years and is currently a sergeant. She has been named a Fond du Lac County Officer of the Year in 2014 and received a Fond du Lac County Law Enforcement Executive’s Association Youth of the Year Award.

“My Ripon major was comprised of sociology, psychology, and law classes. Along with my minor and the core classes that I took, I believe I have one of the best well-rounded educations that I can,” she says. “Law enforcement goes beyond constitutional law — which I received training in when I attended Recruit School at Fox Valley Technical College after graduating from Ripon. With the sociology, psychology and leadership studies, they built a great foundation and have given me tools that I use on a daily basis. Leadership studies has also helped prepare me to advance my career in leadership roles.”

She says her Ripon College education prepared her well for her career and looks back fondly on many things: “The relationships that I built and formed with friends, teammates, coaches, faculty and staff. My education, and being held to high standards to help challenge me and shape me into the person that I am. The life skills that I was taught both in and out of the classroom and on and off the court and field.” 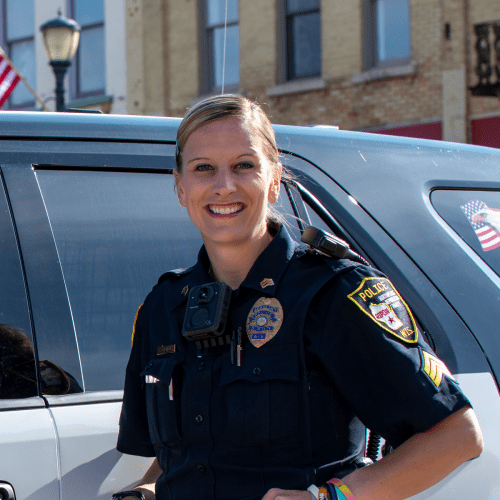