She has parlayed that background into a career as an arts journalist. She is the Illinois editor and venue relations coordinator for Footlights Magazine; writes content for Footlights.com and physical playbills; coordinate Chicago-based freelancers; and organizes Footlights’ social media accounts.

She also is the social media coordinator/theater contributor for Scapi Magazine and works as a freelance writer.

Haggerty immediately felt at home when she first visited the Ripon College campus. “When my father and I did a campus visit, I fell completely in love with the campus the moment I saw it,” she says. “I imagined myself studying outside of Lane Library and strolling down the trails to Rodman every day for class. I knew it was going to be my home.

“More importantly, during that visit I had an acting scholarship audition with professors Ken Hill and Robert Amsden. I had a high school friend who was at Ripon already who let me know that I would love the two of them, and I could tell right away they were going to be driving forces in my life. After that audition and hearing feedback from Ken and Bob, I was sold. I knew they would help me find my path.”

She said her three majors together have given her a wide breadth of experience and knowledge that has served her well. “Particularly in today’s ever-changing world of media, it’s important to understand storytelling from a variety of perspectives,” she says. “I see my areas of study more as learning to tell stories in three modes: in words, in speech and in presentation. It’s because of that variety of learning that I’ve been able to take on so many career challenges in my short time in ‘the real world.’”

She says she had so many rewarding experiences at Ripon College that she can’t even begin to discern which were the most rewarding. She presented as one of two undergraduate students at the Early Modern Theatre Conference, attended regional theatre festivals with the theater department and went on to compete at the national level, performed in many different productions, worked at the local community television station, tutored peers and served in Greek leadership.

“Attending a school where professors know you — the good, bad and the ugly — is a really humbling experience,” she said. “There are professors past and present at Ripon who changed my life forever, and that wouldn’t have happened at a big university.” 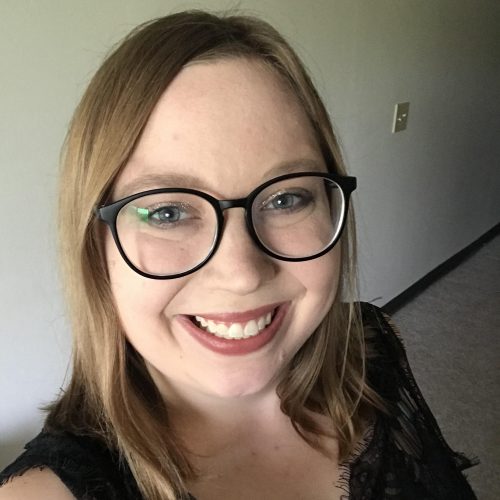