Meghann Morrissey Jarchow ’03 of Vermillian, South Dakota, chair of the sustainability and environment department at the University of South Dakota, was profiled in the student newspaper, The Volante, Aug. 29, 2018.

“Professor shares her passion for sustainability, provides students with opportunities” details how Jarchow obtained a degree in biology from Ripon College and her interest in prairies grew here. She obtained a master’s in biology from Minnesota State University–Mankato where her interests grew in wetlands systems; and her doctorate in sustainable agriculture and ecology and evolutionary biology at Iowa State University where she began exploring how prairies could be used as a bioenergy crop.

She began with the University of South Dakota in August 2012, and now teaches courses in both the master’s and doctorate levels for sustainability. “Jarchow said the research that she has done continues to grow into many questions that could be asked,” the article states.

“‘My research has kind of moved from initially more theoretical to now you know it’s really largely applied,’ Jarchow said. How can we think about questions, what behavioral changes or environmental changes can result from those?’”

“Jarchow also currently operates the Jarchow Lab where there are two primary goals. The first is to study tallgrass prairie ecology and to study sustainability more broadly. Jarchow said one research opportunity for students is to take part in an open field experiment that started in 2014.

“‘There’s almost no prairie left, almost no tall grass prairie left,’ Jarchow said. ‘And if we want to get it back, we’re probably gonna have to do things where people can make money off of it and so
this experiment is looking at questions if we put prairie back and we manage it in different ways, what might that do to the composition of the prairie?’” 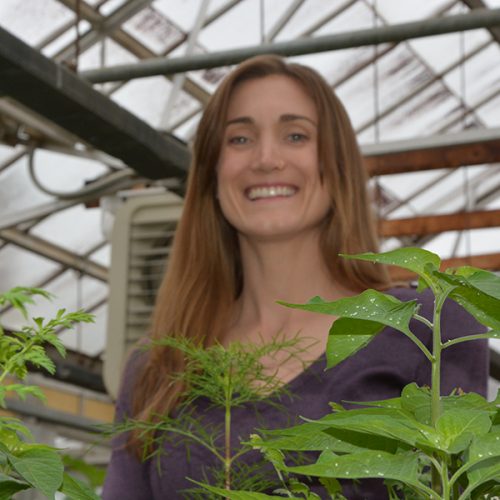