The Milwaukee Symphony Orchestra, Wisconsin’s largest cultural organization, returns to Ripon College for its 46th appearance Sunday, Sept. 30. The performance is offered free of charge as a thank-you to the community, and no tickets are required. The performance is part of the Caestecker Fine Arts Series at Ripon College and will begin at 3:15 p.m. in the Field House of Willmore Center, corner of Thorne and Union streets.

Selections for the performance are “Jerusalem,” by Menachem Wiesenberg; and Symphony No. 12 in D minor, opus 112, “The Year 1917,” by Dmitri Shotakovich. Concerto in D major for Violin and Orchestra, opus 35, by Piortr Ilyich Tchaikovsky, will feature violinist Vadim Gluzman.

Yaniv Dinur will be the conductor. He is the associate conductor of the Milwaukee Symphony Orchestra and the music director of the New Bedford Symphony in Massachusetts. He made his conducting debut at the age of 19 with the National Symphony Orchestra of Ireland. He was invited to perform with the Israel Camerata, making him the youngest conductor ever to conduct an orchestra in Israel.

He has since conducted leading orchestras around the world. His awards include the 2017 and 2016 Solti Foundation U.S. Career Assistance Awards, Second Prize at the 2009 Mata International Conducting Competition in Mexico, and the Yuri Ahronovitch 1st Prize in the 2005 Aviv Conducting Competition in Israel. He was chosen by the League of American Orchestras to be a featured conductor in the 2011 Bruno Walter Conducting Preview, and he is a recipient of the America-Israel Cultural Foundation and the Zubin Mehta Scholarship Endowment.

Gluzman, an Israeli violinist, performs with major orchestras around the world. He has performed at festivals at Ravinia, Tanglewood, Verbier and the North Shore Chamber Music Festival in Chicago, founded by Gluzman and pianist Angela Yoffe, his wife and recital partner.

He is the distinguished artist-in-residence at the Peabody Conservatory and performs on the legendary 1690 “ex-Leopold Auer” Stradivari.

Since its inception in 1959, the Milwaukee Symphony Orchestra has found innovative ways to give music a home in the region, develop music appreciation and talent among area youths, and raise the national reputation of Milwaukee. The MSO’s full-time professional musicians perform more than 135 classics, pops, family, education, and community concerts each season in venues throughout the state. 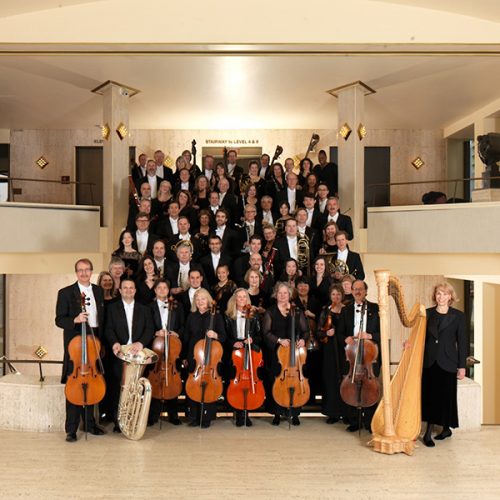