Various areas of study, small class sizes and the equestrian team drew Katie Warczak ’16 to Ripon College. “Being able to challenge myself academically as well as athletically at Ripon sealed the deal for me,” Warczak says.

Warczak is originally from Oshkosh, Wisconsin. At Ripon, she majored in English and history and minored in American studies and German. She now is attending Pennsylvania State University, working toward a Ph.D. in English literature. During her first year as a graduate student, Warczak taught an English composition course. She now is a research assistant, researching and annotating for Cambridge University’s Letters of Ernest Hemingway Project which is now in its fifth edition.

She currently is researching the publication and reception of Ernest Hemingway’s Death in the Afternoon, his 1933-1934 African safari trip and the 1934 acquisition of the Pilar, his prized boat.

“The (Ripon College) classes I took on American modernism, literary criticism, and early modern literature prepared me well for the content and format of graduate school courses, which are very similar in size to Ripon classes,” she says.

Warczak took advantage of as many research possibilities as possible at Ripon. She says her senior seminar research experience, experience during the the Newberry Library off-campus study program, and her summer research at the University of North Carolina at Chapel Hill provided incredible preparation for her current research assistantship.

The professional relationships Warczak formed with professors stands out as the most rewarding aspect of her time at Ripon College. “My instructors pushed me to be a better writer and thinker,” she says. “(They) were exceptionally patient during the grad school application process.”

Since graduating, she has used her Ripon connections to meet other professionals in her field and has worked as an editorial assistant for the journal Legacy: A Journal of American Women Writers, of which Mary Unger, Ripon College assiciate professor of English, is the managing editor. 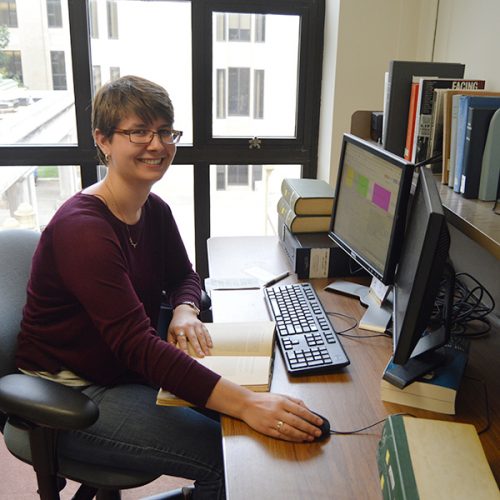