Johnson began a job as a park guide in the Interpretive Division at Bighorn Canyon National Recreation Area earlier this year. Bighorn covers 188 square miles along the Bighorn River in south central Montana.

Johnson attended Ripon College on an Army ROTC scholarship and completed majors in history and politics & government. He retired in September 2016 as a lieutenant colonel following a 22-year career in the U.S. Army. He was working in finance in Allentown, Pennsylvania, when he decided to look into a Park Service career.

“My family and I have been lucky enough to travel, and we’ve been to more than 120 national parks,” Johnson says in a recent news article published Oct. 12 in the Lovell Chronicle newspaper in Lovell, Wyoming. “I’ve always loved national parks, the whole concept, and I love the mission. I’ve developed an affinity for what they do. I thought this was an opportunity to pursue something really cool.”

An independent short filmmaker from Brooklyn came across the article and thought it was cool, too. She met with Johnson and other veterans at Bighorn and created the documentary for NBC. 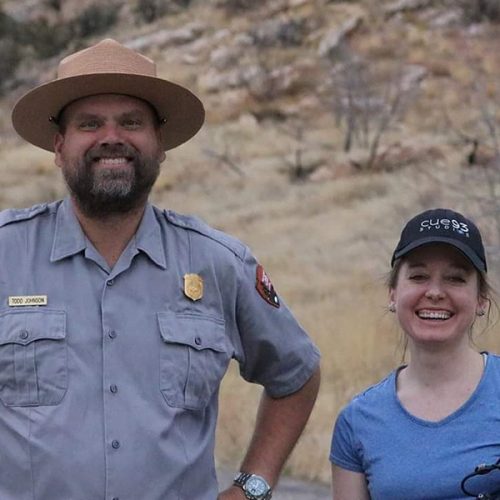