“My Brief Personal Account of the Life of my mother Dora,” was the title of the heartfelt, genuine presentation delivered Tuesday morning in Great Hall by Steven L. Russek. Before the talk even began the room was filled, and members of the audience rushed to set out additional chairs as more Ripon College and community members gathered to listen to the powerful words of the late Dora Russek, as introduced by her son.

The talk was sponsored by the College’s Center for Politics and the People and the Holocaust Education Resource Center (HERC) in Milwaukee.

Russek obtained his bachelor’s degree in chemical engineering at Northwestern University and his Ph.D. in the same field from University of California, Berkeley. He currently is a chief engineering scientist at Astronautics Corporation of America.

His mother, Dora, was a Jewish survivor of the Holocaust from Grodno, Poland.

This past weekend was the 80th anniversary of Kristallnacht, the “Night of Broken Glass.” The rise of anti-Semitism, from the massacre at the Tree of Life synagogue in Pittsburgh, Pennsylvania, to the recent events in Baraboo, Wisconsin, is “alive today,” said Professor of Religion Brian Smith, as he introduced the speaker. “We did not realize last July (when we initially planned this event) how important the talk would be today.”

Russek’s account of his mother’s life was more than a timeline of events as they happened; recorded interviews of his mother were interwoven into the presentation. Russek let her own powerful words come alive, interjecting only to guide the conversation through her life during the Holocaust.

Also included in the presentation were various maps, historical documents, music and photographs, creating the context necessary to tell the story of his mother.

Dora’s life was dedicated to “Jewish faith, culture and education,” Russek said. Dora reflected upon her desire for higher education in the face of oppression, saying, “I wanted a lot of things, but I couldn’t. Times were hard.” Russek described what it was like for her to live under the oppressive Nazi regime, saying it was a “life defined by humiliation, hunger, theft, forced labor, death, terror and organized murder.”

Dora said in a clip, “One day, we went out from the ghetto, and we weren’t allowed to walk on the sidewalk. We had to walk in the gutter — that was the rule.”

In the same clip, she described the brutal murderous tactics of a Polish policeman who collaborated with the Germans. When she was just 17 years old, she and four other girls were beaten nearly to death by the Polish policeman at Gestapo headquarters; he used a leather whip with metal-laden tips. “They didn’t have to be so brutal to us,” she remarked.

The words of Dora’s father, who believed she had a strong chance of escaping and surviving, “provided hope which would sustain her through some of her darkest days,” Russek said.

Dora was interned at the Birkenau concentration camp, and had no idea as to why she survived. She said “I have no answer… (it was) just meant to be.” Russek suggested it was the interdependency and family surrogates, broader communications and memories of the past that gave hope and kept the survivors of Birkenau alive. Dora recalled giving up on life at one point, with her hope renewed only by the other girls of the camp.

Dora Russek grew close with a girl at Birkenau, also named Dora. Dora Freilich recalled the sense of community in the bleakness of their living conditions.

“It was like a helping hand. Everyone tried to help everyone else. … They tried to encourage us to be good to each other,” she said, in an interview clip shown to the audience. “I was with a girl not from my town… her name was Dora too. She used to tell me (stories about her uncle in America).” These stories instilled a sense of hope in Freilich.

Dora and her husband, Shimon, arrived in New York City as refugees in March 1949. She was just 25 years old. In 2015, Dora died at the age of 91. Her story and the crimes committed by the German Nazi regime against the Jewish people live on, however, as demonstrated by Russek’s emotional recount of his mother’s life.

One of Dora’s most important ambitions was ensuring the education of her children. In the interview clip, she said, “I’ll do anything in the world (so) that my children are educated.”

“(My mother) kept her promise, told her story and did everything possible to ensure my brother, sister and I were well-educated,” Russek said. 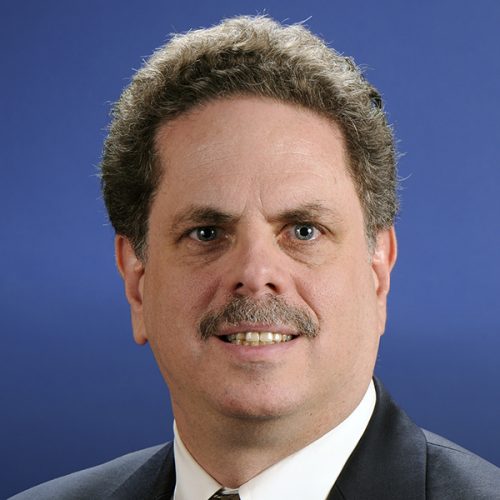