With seed planted at Ripon, Mark DeDina ’07 fulfills his passion to protect the environment

“You can’t teach passion; you can only plant the seed,” says Mark DeDina ’07 of Hampshire, Illinois. With the seed planted at Ripon and nurtured by the knowledge of professors here, DeDina has achieved a satisfying career in protecting the environment.

DeDina has been with ENCAP, an environmental consulting firm, since 2007 and is now the maintenance superintendent. He has extensive hands-on experience with plant and wildlife species of the Midwest and manages planting, installation, management and controlled burns.

“I had a brother two years older than me (Patrick DeDina ’05) who attended Ripon College,” DeDina says. “While watching football games and visiting other times of the year, I met some of his friends, fellow students, athletes and members of the Ripon College staff. It was because of these interactions that I, too, decided that Ripon was the college for me.”

He majored in biology and environmental studies and found the support from faculty to be paramount. “The greatest parts of my areas of study were the professors. Each had a wealth of knowledge and life experience to share,” he says.

“With knowledge from Professors Peggy Stevens, “Skip” Wittler, Bob Wallace, Bill Brooks, William Whitehead, David Seligman, Paul Jeffries, Ben Potter and Soren Hauge, just to name a few, the seed was planted. I was exposed to a wide variety of studies, economics, ethics, philosophy, anthropology, environmental studies, art and science — all of which play a part not only in the career but also in the life that I have chosen for myself. The more you know, the more you care; the more you care, the more you want to learn; the more you learn, the more you can share. Once you share your knowledge, the cycle continues.”

He says he is fortunate to work in a field about which he is passionate. Currently, he manages 25 or more projects yearly and two to 10 people daily.

“My projects typically include native seeding, tree and shrub planting, selective herbicide application, and selective mowing during the growing season,” he says. “In the spring and fall, we conduct prescribed burns. Our winter work is made up of invasive tree and shrub clearing. Having been with our company for 10 years, I have had the pleasure of seeing jobs evolve from start to finish.”

Of all that he gained at Ripon, he says he most values “the people, the friendships and relationships that I made, some of which still hold true to this day.” 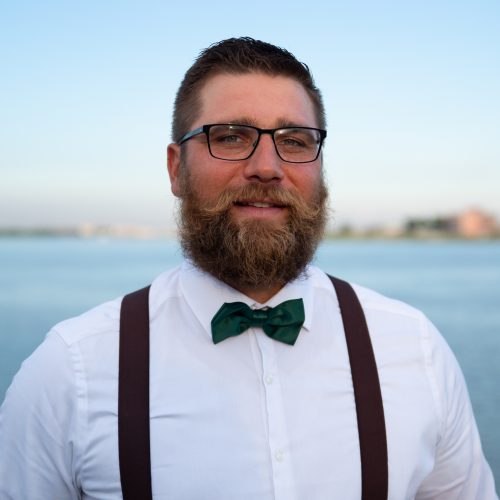