Six student musicians recently represented Ripon College in the Collegiate Honors Band of the National Band Association, Wisconsin chapter. The event was held at the University of Wisconsin-Eau Claire.

They played under the direction of Mark Camphouse, director of bands at George Mason University in Fairfax, Virginia, and a renowned composer of band music. The band played two of his works. In Memoriam also was performed by the Ripon College Symphonic Wind Ensemble in a concert in November.

Kurt Dietrich, professor of music and the Barbara Baldwin De Frees Chair in the Performing Arts, had a reunion with Camphouse at the event. “Mark and I were in school together at Northwestern University in the early 1970s, and we had a really nice reunion in Eau Claire,” he said. “It was the first time Mark and I had seen each other since the ’70s! But we have kept in touch professionally, connecting especially as our group has played his works on a number of occasions.”

This was the 17th year this honors group has been held, and Ripon College has been represented in the group for about the last 10 years.

The Christmas section of G.F. Handel’s “Messiah” will be performed in a singalong event Saturday, Dec. 18, at the Cathedral Church of St. Paul, 51 […] 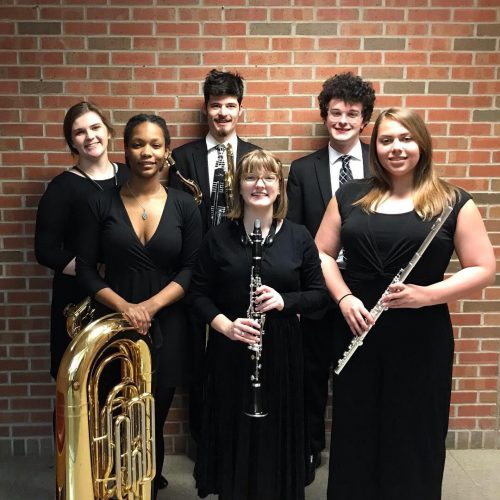