Family ties brought Erika Doss ’78 to Ripon College, but she stayed for the inviting, friendly environment on campus, forming some of her closest adult friendships here.

Doss was offered a generous tuition waiver because her father, Professor Emeritus of Philosophy Seale Doss, taught at Ripon. Doss majored in history and art, and then attended the University of Minnesota in Minneapolis for graduate studies in art history and American history.

She now is a professor in the Department of American Studies at the University of Notre Dame, where she teaches courses such as Art in America, African American Art, American Ruins, Death in America, and Off the Wall: Art and Culture in America, 1945-1970.

“My work involves teaching, scholarship and lecturing,” Doss says. “I spend a lot of my time researching and writing on various subjects in American art and visual culture, and giving talks and participating in conferences at colleges and museums around the world.”

Doss is a respected author with a variety of publications. She has received several Fulbright awards and held fellowships at the Stanford Humanities Center, Georgia O’Keeffe Museum Research Center and Smithsonian American Art Museum. Her most recent book, “American Art of the 20th-21st Centuries,” was published by Oxford University Press in 2017 and has been lauded as both accessible and informative. Her work has been published in multiple media. “Memorial Mapping: Transnational 9/11 Memorials,” is “a digital humanities scholarship venture dedicated to geographically locating memorials around the world.”

While researching her current book about American artists, Doss stumbled across a factoid involving Ripon College: in 1946, the high-end jewelers Black, Star & Frost designed and made the College’s ceremonial mace.

Along with her father working in academia, Doss’s mother was an elementary school teacher. With these role models in mind, Doss believes a good educator must be fair, clear and able to explain the importance and relevance of the subject they are teaching. She says educators must model the kind of behavior and way of thinking that motivates and inspires students in their own goals and ambitions.

Now, as a professor herself, she says she is “proud of so many of the students — undergraduate and graduate — I have worked with in my years of teaching. My hopes for them are always to forge their own paths and stay curious about the world.”

At Ripon, Doss studied with art professor Erv Breithaupt, “whose ‘institutional theory of art’ has been a guiding force in the ways I look at and think about art,” she says. Breithaupt encouraged his students to examine how concepts of good and bad art as well as the canons of excellence and popularity actually play out in the art world and its culture at large. “I’ve been motivated to follow his critical lead ever since,” Doss says.

The enthusiasm that Ripon College faculty had for their subjects and how that enthusiasm contagiously spread to their students also inspired her.

“Ripon was rewarding in so many ways,” she says. “The classes I took were often challenging, rarely tiresome and great spaces for thinking differently. I loved how student curiosity was encouraged and rewarded.”

Doss was awarded a Distinguished Alumni Citation from Ripon College last summer. The citation recognizes those alumni who, in thought and deed, embody the highest ideals and aspirations of a Ripon College education. 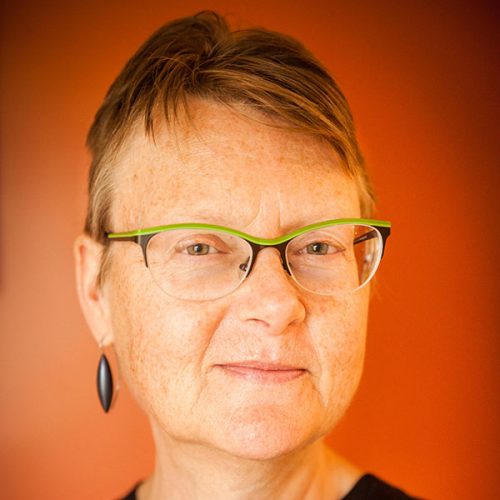