Umubyeyi, originally from Kigali, Rwanda, is a hospital chaplain for CaroMont Health in North Carolina. She became a certified life life coach in 2013.

She has produced and directed the documentaries “Wipe a Tear in Rwanda” (Rwanda, 2007) and “Akwaaba (Ghana, 2009).” Her books are “Life Beyond Sight: Existing Not Living” and “Ibintu 7 Biranga Umukristo.” She also is the founder of Soul Survivors International, a nonprofit organization.

At Ripon College, Umubyeyi majored in religion with a minor in leadership studies. She was a phonathon caller, WRPN radio show host, and member of the martial arts club and Black Student Union, president of the Cultural Diversity Club from 2012-2013 and president of Campus Christian Fellowship from 2011-2013.

Her honors include the Myrtle Saylor Speer Award for her contribution to the expansion of the vision of women in ministry and theological scholarship in 2015; Celebrating Young Rwandans Achievers Award, by the First Lady of Rwanda; the Jeannette Kagame Award for community service projects and involvement in 2011; Activist of the Month Award, by Teen Voice Magazine in 2009; the Peace Maker Award from the Traprock Peace Center in 2007; the Miriam Emerson Peterson Award for contributions to the cause of international understanding in 2008; the Community Service Award for raising awareness on issues around the world in 2008; the Head of School Award, for dedication as the Stoneleigh Burnham School and the community Student Council President in 2009.

She lives in Charlotte, North Carolina. 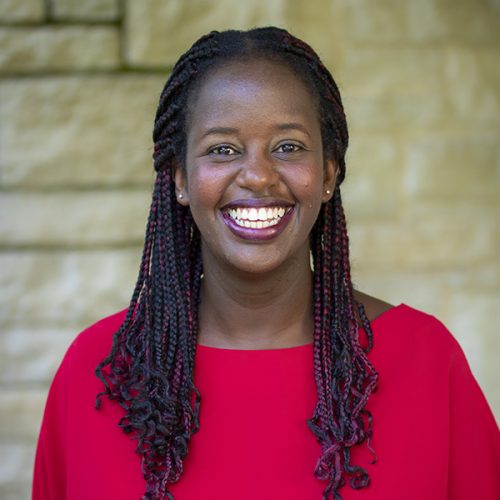