In anticipation of their new book, Republican Populist: Spiro Agnew and the Origins of Donald Trump’s America, authors Zach Messitte, Charles J. Holden and Jerald Podair have an op-ed to be published in Sunday’s The Baltimore Sun. The commentary, “Spiro Agnew laid the groundwork for Trump’s GOP,” is available on the newspaper’s website now.

Messitte is the 13th president of Ripon College, Holden is a professor of history at St. Mary’s College of Maryland, and Podair is a professor of history at Lawrence University. In the article, the trio assert that “Fifty years ago this fall Spiro Agnew put a new, tough-talking populist face on the GOP that proved to be the genesis of Donald Trump’s Republican Party.

“Agnew defined his enemies as a sinister combination of America-hating radicals, intellectuals, minorities and the media. Delighting his boisterous crowds, he became a household word and a political force,” states the group’s opinion. Throughout the article, they point out similarities between Agnew and President Trump.

The book, published by the University of Virginia Press, will be available Oct. 18. 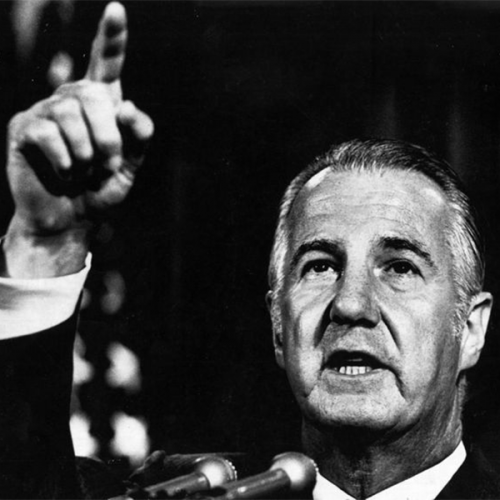