Collaboration with professors was important aspect for John Hermes ’68

John Hermes ’68 of Oklahoma City, Oklahoma, is featured in the current 26th edition of The Best Lawyers in America, a peer-reviewed ranking recognizing lawyers from across the United States for their professional excellence.

When deciding to attend Ripon College, the access to professors and the small size of the campus were important factors for him. He knew the small class sizes would be good for him after his high school class in the Chicago area had more than 1,400 people. Conversations he had with current Ripon students during visits gave him a good idea of what to expect from his time at Ripon College.

He majored in economics.

“If I had to characterize the relationship between the students and professors, I would characterize it as collaborative,” Hermes says. His Ripon College experience would not have been what it was without his ability to work with the professors and their ability to collaborate with students. His Ripon College community was also made up of classmates whom he has maintained contact with since graduation.

While at Ripon College, Hermes was a member of Theta Chi fraternity and served as its president for one year. He also met his wife, Susan Robinson Hermes ’68, during his second semester at Ripon. She lost her fight with cancer in 2016 and in reference to her, Hermes says she had “strong beliefs but (was) a forgiving friend.”

After graduating from Ripon, Hermes went into the military and spent time in Vietnam and Germany. He then attended law school at the University of Oklahoma in Norman, where he says, “If anything, I learned patience.” He was a member of the Oklahoma Law Review from 1972 to 1975 and president from 1974 to 1975. 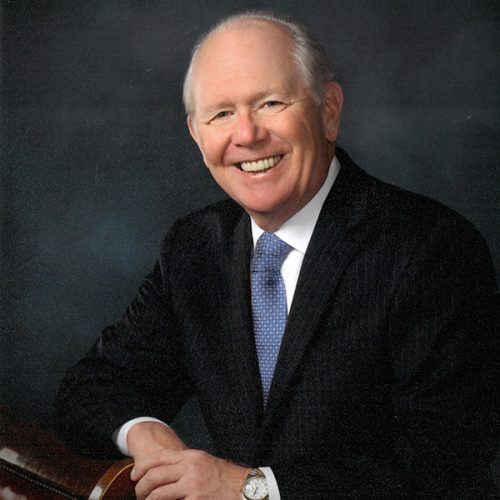