Lane Barnes ’19 of Selma, California, has signed with the Berlin Adlers, an American football club based in Berlin, Germany. The club is part of the German Football League and has won six German Bowls, 10 Ladies Bowls and five Junior Bowls.

The preseason camp starts April 1, and the season will include 12 games from May through October.

“The coach is looking for me to play a hybrid safety in the box and sometimes covering slot receivers,” Barnes says.

Barnes graduated from Ripon College with a major in exercise science-sports management and minors in business management and coaching. He had 270 career tackles, which ranks fifth in school history. He was a three-time First Team All-Conference selection at Ripon, while earning All-Region honors on two occasions, including Second Team recognition in 2019. 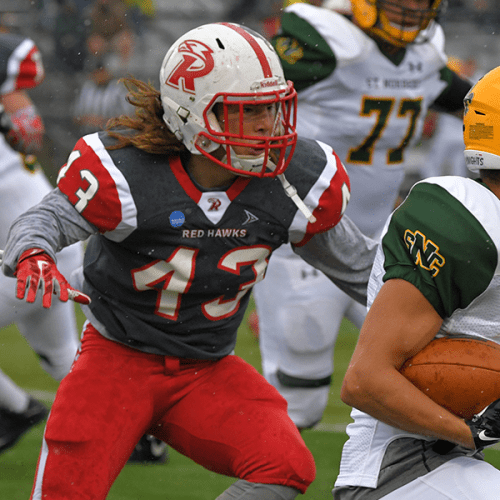