Bill Bradburn ’75 of Indianapolis, Indiana, has been designated an Indiana Artisan because of his crafted writing instruments. He is among 221 visual and food artists in 56 counties whose work carries the prestigious designation.

“My desire is to design and make writing instruments that blend utility and beauty,” Bradburn says. “Owners might transcribe to do lists and manuscripts, lecture notes and love notes, symphonies and sympathy letters. Only writing tools crafted with great care can fully honor their owners and what they will record.

“Quality and uniqueness are keys to the work. I want the owners of my writing instruments to have complete confidence in the quality and durability of their purchases. They know that they will not see an identical design anywhere else; their writing instrument is distinctive.”

His work can be viewed at penchant4.com. 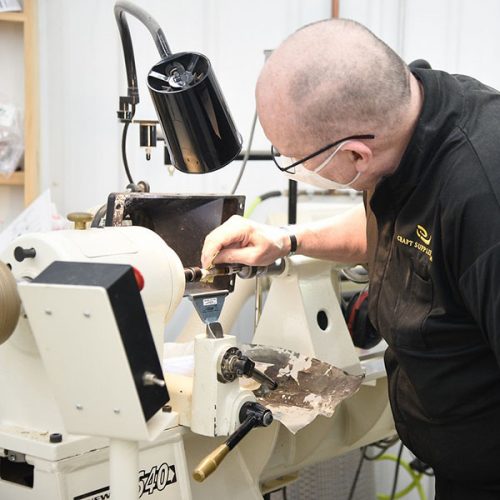