Ashley Nuter Russ ’07 of Shawano, Wisconsin, was featured earlier this week on the photoblog Humans of New York and shared on social media.

The popular photoblog features street portraits and interviews collected on the streets of New York City and other locations by photographer Brandon Stanton. Because he was in quarantine during the coronavirus pandemic, he had asked people on social media to submit stories remotely.

“I thought to myself, why not submit my story, and to be honest, I did not expect my story to be picked up,” Russ says. “Imagine my surprise when I was contacted and interviewed to be a part of Brandon’s project.”

Russ shared her experience of growing up deaf and the isolation and rejection that she felt. She met her husband, Stuart Russ ’07, at Ripon, and in her interview she tells the poignant story of how they met and communicated by writing notes to each other.

“Goodness! The reactions to my post were positively overwhelming,” Russ says. “People related to a variety of themes in my story, such as loneliness, wanting to belong, and to be accepted for who they were. It also sparked a discussion about the Deaf community, and this raised an awareness about the tribulations that we Deaf people often faced in our lives. It was truly wonderful to see. The reactions most certainly exceeded my expectation, and I was incredibly happy with how my story was received!”

Ripon College has its own version of Humans of New York, created and curated by senior Hanan Majid of Kashmir. Portraits of Ripon details the stories of Ripon students and community members on both Facebook and Instagram. 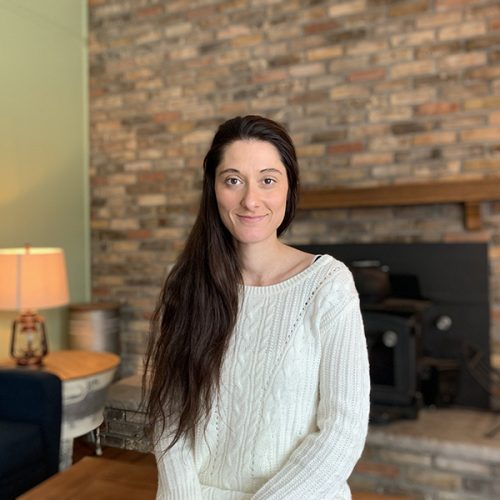