A documentary about the life of former Hollywood press agent David Mirisch ’59 of Superior, Montana, will soon be entering the film festival circuit.

“David Mirisch, The Man Behind the Golden Stars” focuses on this member of the family that founded the Mirisch Film Company, producers behind such classic movies as “Some Like It Hot,” “West Side Story,” “Moby Dick,” “The Pink Panther,” “Fiddler on The Roof,” “The Magnificent Seven” and many others.

Several major celebrities are featured in the documentary, with is directed by Marcela Mariz and is a co-production between Monarca Group and Shorebird Productions.

At Ripon, Mirisch majored in speech communications. Over a 50-year career, he was a publicist of Hollywood’s elite stars and became known as “The Man with the Gold Rolodex.” He discovered Farrah Fawcett in 1968 when she was a student at the University of Texas, threw infamous and lavish parties for basketball great Wilt Chamberlain, and created campaigns for some of the most beautiful and talented young actresses that went on to ignite the silver screen — Barbara Hershey, Raquel Welch, Barbara Parkins, Ellen Burstyn, Lynda Carter, Barbara Eden and Lindsay Wagner.

He was instrumental in public relation campaigns for musicians such as Johnny Mathis, Pat Boone, The Fifth Dimension, Perry Como, Merv Griffin, Della Reese, and Herb Alpert and The Tijuana Brass.

“This is my legacy, for my children, grandchildren to know what I did during my lifetime,” Mirisch says.

He also is proud of the fact that he was able to use his connections to help hundreds of nonprofit organizations throughout the United States and in seven foreign countries. “I devoted my life to the worlds of entertainment and charitable organizations as I was able to connect my numerous friends in Hollywood to the charities I worked with where they gave of their time and talents to help me be involved in 2,500 fundraising events and raise $35,000,00 dollars for the people whom we have helped.”

A brief video about Mirisch’s involvement with the LA Rams cheerleaders can be viewed here. 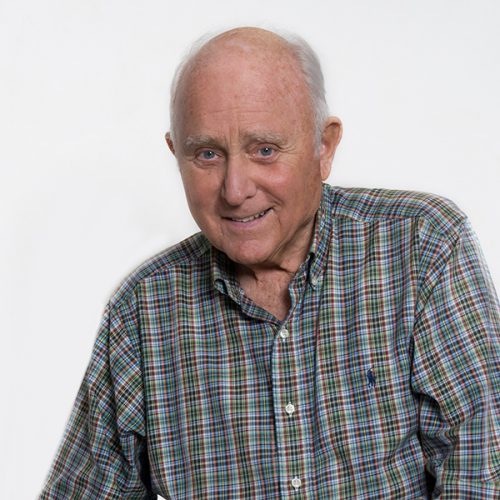