Paul Cassidy ’89: We honor and thank him for his service

In observance of Veterans Day, we honor Army Capt. Paul J. Cassidy ’89 of Laingsburg, Michigan, the most recent designee to the Ripon College War Memorial. Cassidy died of non-combat injuries at Camp Babylon, Iraq, July 13, 2003, during Operation Iraqi Freedom. He was 36.

At Ripon, he majored in physics, participated in swimming and Lambda Delta Alpha/Delta Upsilon, and was commissioned through ROTC.

As a U.S. Army Reserve officer, he was assigned to the 432nd Civil Affairs Battalion in Green Bay, Wisconsin, and served as the Dislocated Civilians Control Officer until February 1992. He deployed with the unit to Operation Desert Storm. He later moved to the 415th Civil Affairs Battalion in Kalamazoo, Michigan, until being reassigned to the 432nd. He had tours in Saudi Arabia, Kuwait, Bosnia and Kosovo. In 2003, he again volunteered to deploy with the 432nd to perform humanitarian services in support of Operation Iraqi Freedom.

As a civilian, Cassidy was assistant to the clerk, Mary Helmbrecht, at Meridian Township in Michigan. Helmbrecht’s tribute was shared in several news reports. “Paul J. Cassidy had made a life out of helping people in troubled regions,” she said. “His mission to Iraq with the Army Reserves was similar to previous duties in Kosovo, Bosnia and Kuwait, where he distributed food and blankets and helped reconstruct power grids, improve phone lines, re-establish farms, provide water and repair houses. He was basically in there to help people, doing humanitarian deeds, the nice things.”

She said his involvement with the humanitarian aspects of war and his dedication to his work reflected his personality. “He had an outstanding dry wit,” she said. “He was just an incredibly dedicated, detail-oriented, phenomenal employee.”

He also enjoyed gardening, was an avid reader, and enjoyed spending time with his wife, Susan, and his son, Colin, then 10 months old, who would light up upon hearing “Daddy’s Home!” it was stated in his obituary.

Maj. Jeff Ponkratz of the Green Bay unit told the Green Bay Press-Gazette newspaper: “He was working very hard on restoring the sewer and water systems in Al Hillah when he grew increasingly tired. We want Colin to know how hard his dad worked and how many lives Paul has helped over his lifetime during these deployments.” 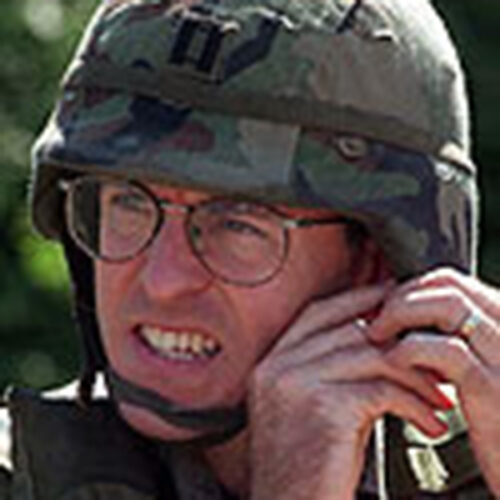