Talk about commodities markets, effect on world events to be held March 10

The developing crisis in Ukraine will be one of the topics highlighted in a virtual talk March 10 by the Center for Politics and the People at Ripon College. “Price Wars: How the Commodities Markets Made Our Chaotic World” will be presented by author and filmmaker Rupert Russell at 4:30 p.m. Central time. The Zoom link is here.

The event is co-sponsored by the Department of Economics.

Russell’s new book, Price Wars: How the Commodities Markets Made Our Chaotic World, examines how energy and other commodity traders can destabilize countries. One of the chapters focuses on the tensions between Russia and Ukraine.

He traces the origins of the chaotic decade — from Trump and Brexit to Syria and Ukraine to the climate crisis and the global refugee crisis — back to the world’s financial markets. It is both a feature documentary film that aired on ARTE and book published by Doubleday (Penguin Random House) in the United States and Weidenfeld & Nicolson (Hachette) in the United Kingdom.

Russell introduces people whose lives have been upended by skyrocketing food and gas prices around the world and explains how the global financial system drives famine, conflict and crisis. Russell argues that inflation’s real culprits can be traced to commodity markets and their manipulators.

He also argues that Vladimir Putin’s decision to invade Ukraine became more likely as the price of oil increased over the course of the last year.

His book has been described as “a fascinating, groundbreaking exposé of how commodity traders in New York and London have destabilized societies all over the world, leaving the most vulnerable at the mercy of hunger, chaos, and war.”

Russell’s feature debut, “Freedom for the Wolf,” charted the global crisis of democracy, won the Audience Award at the Slamdance Film Festival and was nominated for the Cinema for Peace ‘Most Valuable Film of the Year’ Award during Berlinale 2019.

His animated series on the Trump phenomenon, “How the World Went Mad,” premiered at Sheffield Doc/Fest and earned him a spot on the shortlist for the Young Director Award at Cannes Lions 2019.

He is a member of the LGBTQ+ community and has directed commercials celebrating Pride for HSBC.

He received a Double-Starred First in the Social and Political Sciences from Jesus College, Cambridge, and a Ph.D. from Harvard University in sociology, where he was National Science Foundation Graduate Research Fellow. 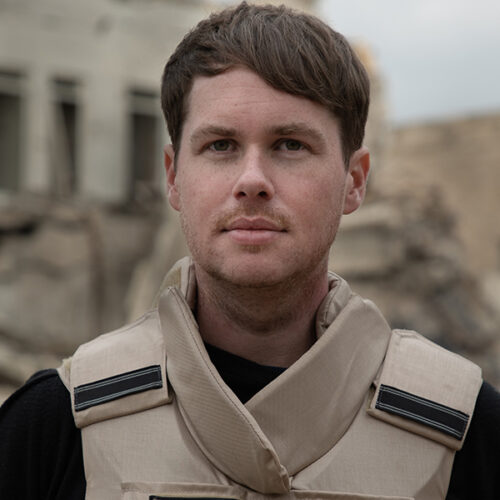