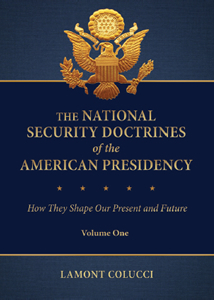 Dr. Lamont Colucci, an associate professor of politics at Ripon College and a recent Fulbright Scholar to the Diplomatic Academy of Vienna, published a blog post on U.S. News and World Report on Dec. 6 entitled, “Replace the United Nations.”

In his post, Colucci argues that the United Nations has failed to create stability and order except in instances backed by the use or threat of American force. He proposes, instead, the creation of a new international order of democratic nations, modeled after NATO and led by the U.S., which could meet current international challenges and garner necessary credibility from the American people.

Colucci will be a regular contributor to the blog site.