Chapter 3: The Millenials Are Ready

Being a senior has allowed me to realize that I am at a particularly interesting moment of my life. As a country, we have progressed from a Puritan settlement that was afraid to talk about intercourse, to a country that talks about diversity and access, gay marriage, the rights for women in the military, and strategies to prevent our children from amassing the loan debt we have.

The conversation today is much different than the past; the people are different than the past, and so are the strategies to promote change. However, we seem not to remember that because of these differences, changes now will not replicate those of the 50’s-70’s. There is not enough credit given to Millennials. We often glorify the times of our grandparents – among many things they saw civil rights marches, hippies who defied the establishment, and experienced the Black Panthers. However, I believe that we are at a place now to not only reminisce on their successes, but to create memories and experiences of our own, to step out of the shadow of our grandparents and make our own legacy.

This generation has a unique advantage—we are able to talk to one another in an instant, influence people from across the world, and develop methods to sustain life on other planets. The ability for our minds to access the far reaches of the galaxy are endless. We just need to harness it for positivity. Our goals should be to teach while simultaneously learning. We should be teaching our sons, daughters, friends and neighbors the ways in which they can change the world. By learning how to be better people, better friends, and better partners, we will in turn change the world.

This year, I have learned that the power to change society, and ultimately the world, requires us to first look at ourselves and how we live. Only then will we be able to make the world an equal and equitable place for all. The Social Justice Retreat hosted by Ripon College staff members James Bland, David Polizzi, and Kyonna Withers has further shown me the realities of the world we live in. As I apply to graduate schools and jobs, I have pledged my future to doing something that not only helps me grow as a person, but does so in a way that allows me to help others in the process. I have finally found how to contribute to the current and future world. To me, social justice, being a human being, and being a citizen of Earth, are all synonymous. We cannot live in a world separated by arbitrary titles and borders that are self-designed.

From this, I would suggest that you, reader, design a credo. Write up a short couple sentences that describe what you value and what you strive to do for the world. I challenge you to live by this credo everyday. Here is mine: I believe in being honest to myself and others; to think outside of the box and challenge what others think is impossible, to continue to find ways to explore my mind, heart, and spirit for the betterment of the world.

My thanks to the countless people that came before me and pledged their life to the benefit of the world: Marie Sanon, Jody Roy, Jessica Joanis, Ripon College trustees, Earth First!, and the students who were spit on during sit-ins, to name a few. These people, among others, are those whose shoulders we stand on, but now we all must become that foundation for others. As I think about the ever approaching moment when I walk across the stage at commencement, I wonder if I have helped Ripon College become better than it was my first year. As changers for a better world, we must always ask ourselves that question. We should be able to wake up, look in the mirror, and say, “Yes, I am proud of doing what I do because I know that it will help the world.”

Till the moon rises again, 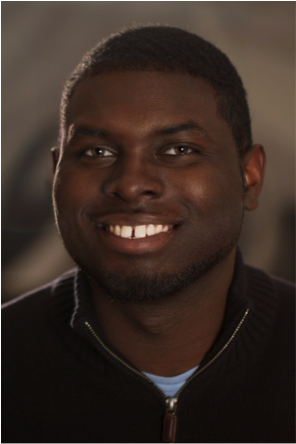