Education by Poetry: Contributing to ‘The Conversation’

(Talk delivered at the recent Awards Convocation at Ripon College)
In the English Department, we often refer to “The Conversation,” which is our term for the many ways we and our students engage with literature and with each other. It is both literal and metaphorical. As teachers, we chiefly initiate discussion, posing questions and attending to the great variety of possible answers — our goal being to help students converse with their classmates, and with us, about great literature — and, of course, to talk back to the authors, sometimes irreverently. It happens in the classroom, obviously, but also in written form and to a surprising degree in memory, over many years. We know in our bones that entering this conversation deepens and broadens us all, often in unexpected ways.

I’d like to tell you just a little about my own conversations with poetry, the particular art I have loved most within the liberal arts.

The other day, my morning was brightened by the arrival of a magazine simply called Poetry. Now people in my field know Poetry as one of the oldest, most prestigious literary journals. Founded in 1912, its early issues featured T. S. Eliot, Robert Frost and others who would become famous in the world of modern American poetry. To this day, Poetry remains one journal that everyone wants to appear in. (They even pay well!) I confess that when I first placed one of my poems there, many years ago, I allowed myself to daydream that I might be joining the ranks of the renowned. That didn’t happen, for better or worse. But 35 years after that first poem appeared, something that to my mind is more significant has occurred.

Back to that new issue of Poetry, which took me by surprise. It was different: on the cover was a photo of a gorgeous woman. She looked for all the world like a fashion model, not like one of us pale and disheveled poets, with our eyes bleary from staring at page and screen. The reason, of course, was that she was a fashion model — what I momentarily took to be a redesigned issue of the journal Poetry was instead a slick catalog of women’s clothing. Yes, for an instant I did fantasize that my favorite literature had somehow become trendy.

Well, the truth as usual is a bit more complicated. Poetry is not fashionable like a “cool and breathable hemp cotton top” worn by Photo Shopped beauties. Still, it strikes me as revealing that a clothing company (poetryfashion.com) would think to promote itself by gathering a bit of reflected glory from the art. We know that the ancient Greeks devoted no fewer than five of their nine Muses to poetic cultivation, divided among epic, pastoral, lyric, sacred and erotic poetry. These Muses were the daughters of Zeus and Mnemosyne, goddess of Memory. This lineage I take as one small indicator of the power of poetry; and for that matter of the importance of memory — which is to say, passing on the tradition in any field.

I speak in favor of that power as it flows through our individual conversations and the larger Conversation. Much of what I say about poetry could be said about any art or science, where the deepest enterprise involves the search for and expression of truth, not merely hunger for advancement and reward. To a large degree, we educators are privileged participants in what I will call, stealing the term from 17th-century chemist Robert Boyle, “the Invisible College”— which is that larger community of learners transcending institutional affiliation and not defined by paychecks or prizes. At our best, we are all enrolled in the Invisible College, where what is freely given tends to return many times over, and — best of all — where you don’t ever have to graduate.

For me, poetry has been a main way of staying enrolled in this other college — and I could detail many examples of how it has educated and enriched me. But I’ll just tell one story about what is now a quarter-century-long conversation I have been having with one particular student. Some of you know him: Brent Goodman, class of 1993. He arrived at Ripon in the fall of 1989, just a week or two after watching his older brother die a lingering death. Brent had even donated his own bone marrow to his brother, but without success. He came on campus already interested in poetry and was one of the most talented student writers I have ever known. Over the next four years, in class and out, we talked poetry and much else. A great deal of his own conversation with poetry dealt with his brother’s death, naturally. Some poems were very good indeed, even publishable. But I could tell, even without asking, that he had not achieved the poem he wanted, the one he sensed was still to be written, the one he needed to shape his brother’s passing into something beautiful and true.

Brent graduated, picked up another degree and began a career as a technical writer. We kept in touch, and he continued writing. A few years later, a new elegy for his brother arrived in my in-box. I read it, and the hair on the back of my neck lifted. I knew immediately: he had finally done it, written the poem which we both knew was in him. Soon he published it in a journal — which was, you guessed it, none other than the venerable Poetry magazine. You can find this poem just a few feet down the library shelf from Robert Frost, and not far from his old teacher. Brent had joined the larger conversation, not just with me, but with the great poets of the tradition, with his peers, with his family, and with the memory of his late brother, Mark.

He wrote it, not me. He didn’t write it at Ripon. But honestly, seeing that poem in print, knowing where it had come from, was one of the higher points of my professional life, a real gift. Now a poem about death and grief may not sound too celebratory. But as composer Steve Reich said about the music of fellow composer Arvo Pärt, it “fulfills a deep human need that has nothing to do with fashion.” (Sorry, Poetryfashion.com!)

The poem is set in Green Lake, where Brent’s family spent time in the summers when he was a boy. I love the way he uses the memory of his brother swimming underwater, with all the refractions and optical confusions of light, to construct a clear but multi-layered set of metaphors for memory, love and grief. I find the poem profoundly sad, beautiful and hopeful all at once.

The Brother Swimming Beneath Me

is not dead yet, though the water
he moves through is green and dark,
and the shadow from the bluff presses down
like a hand over us both, and the eelgrass
must catch lightly against his legs, must bend
with his passing and lengthen, and stay;
this boy who is not dead yet gliding flesh-tone
and wavering hair past, though I want to say
I’m floating in an oarboat and his face is hidden
or blurry, I can see him again and again,
all snorkel and fin and dolphin kick, reaching forward
through handfuls of wavering light;
and ten years before his death his blood is still whole
and smooth through his veins—no—I mean to say
my brother swimming beneath me isn’t only that day
on the lake, I’m saying this now because we live
on water and the dead move through us
and we bend with their passing, and lengthen, and stay;
I can feel the dull pull of the oars as I follow him
back to shore, tracing a rise of air through water
meeting air, his hands reaching forward
as the shadow from the cliff darkens us both
and he glides through it into the smell of woodsmoke;
my shoulders work-sore and that first weight in my chest
I would later call grief; while now I turn the words
bowline, half-hitch, cat’s paw over and over again in my hands,
I should say I’m tying this thin rope to splintered wood,
I’m careful and maybe too slow or didn’t pay attention
when my brother showed me this because
he’s already just footfalls on the pier and fading now,
the note of each board heavy and muted, me floating
there on the water, stepping out onto the pier, this pull,
this weight, my brother’s footsteps small wet splashes
on the woodgrain already soaking through, shrinking and gone
before he reaches the top of the stair—I have to say
his footprints disappear before I can put down my own
though I can still hear him rising, rising.

– Brent Goodman. The Brother Swimming Beneath Me. Black Lawrence Press, 2009 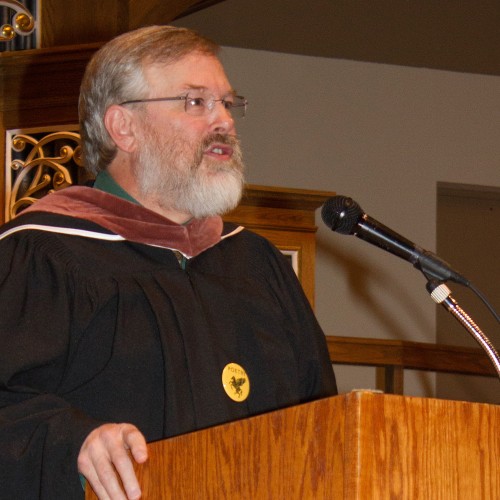