Work by artist David Giffey will be exhibited Nov. 6 through Dec. 6 in Caestecker Gallery, C.J. Rodman Center for the Arts, on the Ripon College campus.

The artist will talk in the lobby at 7 p.m. on Nov. 6. A reception will follow in the gallery.

Giffey grew up on a dairy farm in Fond du Lac County, Wisconsin. He was drafted in 1964 while working as wire editor of a daily newspaper in the Fox River Valley, and was a combat journalist and editor with the U.S. Army 1st Infantry Division during the American war in Vietnam.

For the past 50 years, Giffey has worked as an artist, journalist and photographer. Major visual art projects include icons and murals in Greek Orthodox Christian churches, community centers, schools, and public buildings in Wisconsin, Illinois, Minnesota and Greece, as well as a series of paintings based on his experiences in the Vietnam War. Hundreds of his easel paintings were commissioned for private and public collections. He designed the Mourning Dove Effigy Mound at the Highground Veterans Memorial Park in Clark County.

Publications include: Long Shadows: Veterans Paths to Peace (2006 Atwood Publishing) with foreword by Howard Zinn; Struggle for Justice: The Migrant Farm Worker Labor Movement in Wisconsin, a chronicle of Wisconsin and Texas co-written with Jesús Salas; and The People’s Stories of South Madison, edited oral histories with elders of the African American community in Madison, Wisconsin. The publications include Giffey’s photographic and painted illustrations.

Until 2012, he edited the Home News weekly newspaper, Spring Green, Wisconsin. His weekly columns won a 2008 Wisconsin Newspaper Association first place award and Golden Dozen Awards in 2010 and 2012 from the International Society of Weekly Newspaper Editors.

Giffey is an active member of Veterans for Peace Chapter 25. He lives in rural Iowa County with his wife, Nancy. 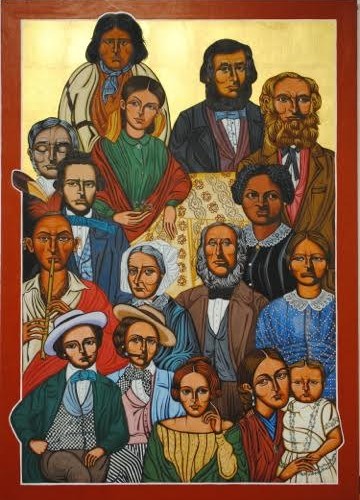