In the 95-year history of the Midwest Conference, there has now never been a head football coach with more victories than Ripon College’s Ron Ernst.

With Saturday’s 27-7 victory over Lake Forest in the Red Hawks’ 2015 season finale, Ernst earned the 160th win in his 25-year career, all of which have come at Ripon. That breaks the previous mark of 159, which was set by Cornell’s Jerry Clark in 1987.

A native of Hastings, Nebraska, Ernst is the only coach in the 124-year history of the Ripon College football program to win more than 100 games, and he currently has 66 more victories than the second-highest total. He has compiled a winning percentage of .653 in his 245 career games. 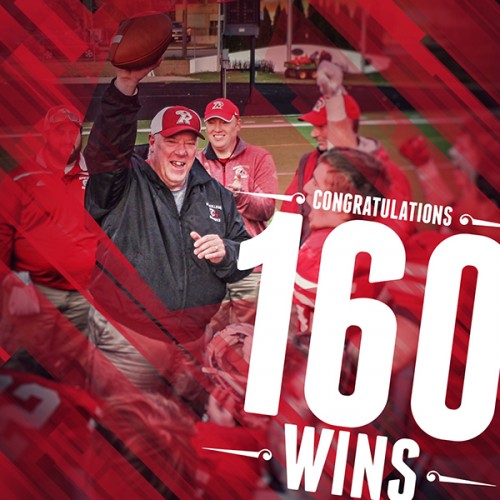