Cellist Astrid Schween will appear at Ripon College Saturday, Jan. 23, as part of the Chamber Music & Jazz at Ripon series and the annual Lynn Northrop Memorial Concert. The concert will begin at 7:30 p.m. in Demmer Recital Hall, C.J. Rodman Center for the Arts. Michael Gurt will be the piano accompanist.

Shween is an internationally recognized soloist and chamber artist and a longtime member of the Lark Quartet. Her honors include the Naumburg Chamber Music Award and the Gold Medal at Russia’s Shostakovich Competition. She is a cello professor at the University of Massachusetts Amherst and is on the faculty of the Hartt School of Music, Mount Holyoke College and Interlochen Center for the Arts.

While still a teenager, she made her debut as soloist with the New York Philharmonic under the direction of Zubin Mehta and went on to receive bachelor’s and master’s degrees at The Juilliard School, where she was twice awarded the Juilliard Cello Prize.

She has served as juror for the Fischoff, Sphinx, New England Conservatory and Concert Artist Guild competitions and is an occasional speaker and panelist for organizations such as Chamber Music America. Most recently, she was appointed to the Artistic Advisory Board of the new Global M-Prize Competition and invited by the Library of Congress to speak on the leading role of women in music.

A frequent guest artist with the Boston and Memphis Chamber Music Societies, Schween also performs extensively as a member of the Boston Trio, an ensemble-in-residence at the New England Conservatory. Invited by celebrated violin virtuoso and Artistic Director James Ehnes, Schween will perform at the Seattle Chamber Music Festival this month. She also has been invited by Pulitzer Prize-winning composer George Walker and the Juilliard School to perform the Walker Sonata for Cello and Piano at Juilliard and the Harvard Club in New York this season.

In September, Schween will succeed Joel Krosnick as cellist of the Juilliard String Quartet and join the faculty at The Juilliard School. She will join the quartet this spring as a guest artist for performances of the Schubert String Quintet at the Chamber Music Society of Detroit, Ravinia Festival and at Lincoln Center’s Alice Tully Hall. 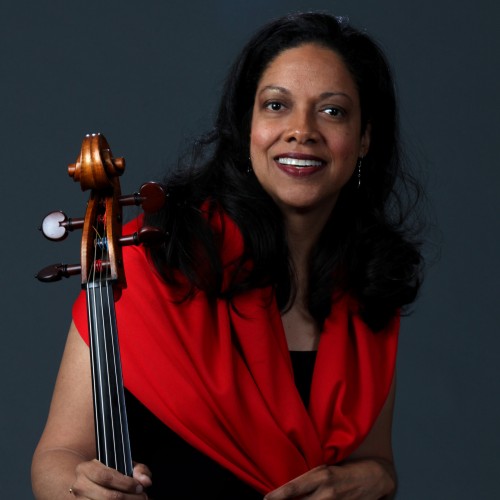