Ripon College will celebrate a half-century of progress of women’s athletics by honoring Pia Sundhage and Elaine Coll, two legendary coaches, with honorary degrees at the 150th Commencement exercises on Sunday, May 15, 2016.

Pia Sundhage led the U.S. women’s national soccer team to two Olympic gold medals at the Beijing and London games in 2008 and 2012, respectively. She also was named one the 20th century’s greatest female soccer players, playing in multiple World Cups for her native Sweden. Sundhage is currently the head coach of the Swedish national women’s soccer team. She will deliver the keynote address at graduation.

“Pia Sundhage is, hands down, one of the greatest soccer coaches and players in the history of the sport,” said Zach Messitte, president of Ripon College. “She is a role model for a generation of athletes around the world who are committed to excellence, sportsmanship and equality.”

Ripon College also will award Elaine Coll with an honorary degree at Commencement. Coll, a native of Akron, Ohio, and a graduate of Ohio University and Southern Illinois University, founded the modern-day women’s intercollegiate athletic program at Ripon College in 1973. During her 20-year career at Ripon, she coached volleyball, basketball and track and field.

“Elaine Coll is part of the fabric of Ripon College and a pioneer in NCAA Division III athletics,” Messitte said. “She remains a vibrant part of our community and is steadfast in her commitment and dedication to promoting physical fitness and wellness for everyone.”

Women’s participation in sports has grown steadily since the passage of Title IX in 1972, which prohibited gender discrimination by any school that received federal funds, and opened the door for NCAA women’s competition. The U.S. Department of Education notes that just seven percent of high school girls participated in athletics at the time of Title IX’s passage, a figure that has increased to more than 40 percent today.

Women’s sports captures the imagination of people all over the world from soccer’s World Cup to the Olympics. More than 150,000 women compete in sports at NCAA member institutions. Ripon College, a member of the Midwest Athletic Conference, has 10 women’s varsity teams and a large percentage of female students playing intramural sports or engaging in regular fitness programs.

The honorees will participate in a panel discussion during a Senior Brunch and Forum starting at 10 a.m. on Sunday, May 15. The Commencement ceremony will begin at 1:30 p.m.

Elaine Coll began her coaching career in 1973. During her 20-year career, her teams won 10 conference championships. Her combined basketball and volleyball record stands at 391-326. She coached two All-Americans and 60 All-Conference players. An accomplished artist who also continues to promote fitness, she is a member of the Ripon College Athletic Hall of Fame. 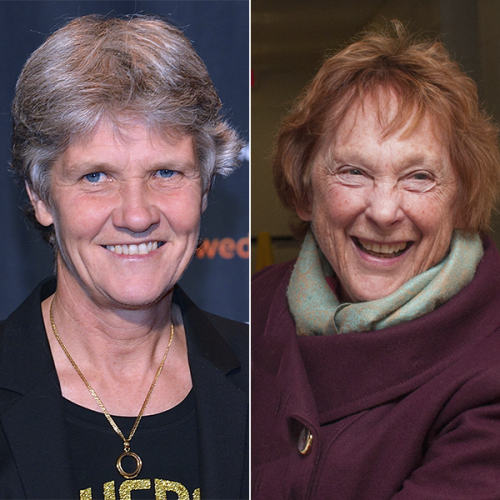