Auditions, crew call to be held April 19 and 21 for summer production

Auditions and crew call will be April 19 and 21 for the Ripon Summer Players’ production of “A Ripon Midsummer Night’s Dream,” Shakespeare’s classic comedy set in contemporary Ripon, Wisconsin.

Auditions and crew call will be held in Benstead Theatre in Rodman Center for the Arts from 7 p.m. to 9:30 p.m. both nights. There are lots of roles, lots of fun and lots of magic in this production. The show will run June 3, 4 and 5.

Copies of the script are available at the Ripon Public Library and Lane Library on the Ripon College campus.

This will be the group’s 20th anniversary season. Ripon Summer Players, a joint project of the Ripon Noon Kiwanis and the Ripon College theatre department, was founded to provide quality live theatre for this community. 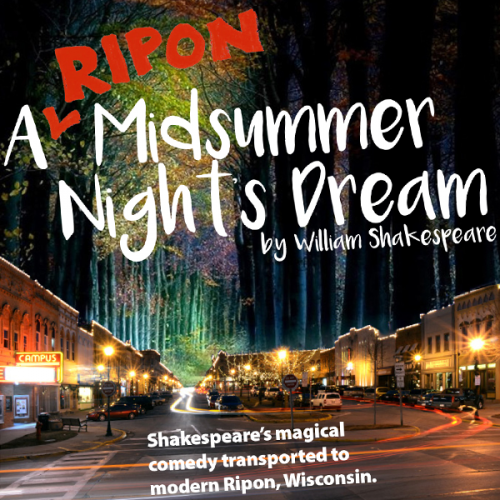