The co-founder of the popular Culver’s restaurant chain, Craig Culver, will provide the Commencement address at Ripon College’s 151st Commencement ceremony, Sunday, May 14, 2017.

Each year, the College organizes Commencement activities around a theme. The 2017 Commencement theme celebrates “Wisconsin Food and Entrepreneurship” by recognizing the commitment to food that contributes to the state’s distinctive identity.

“Craig Culver is true Wisconsin-made success that has gone national. A generation of Ripon students have enjoyed their fair share of custard and ButterBurgers,” said Zach Messitte, president of Ripon College. “Craig also has played a key role as mentor to his franchisees and their team members as well as several Ripon graduates who have followed the entrepreneurial path and opened successful businesses in the greater Ripon-Green Lake area.”

Culver and Stefano Viglietti, a self-taught chef and entrepreneur from Sheboygan, Wisconsin, each will receive honorary degrees for their outstanding contributions to food culture as Wisconsin restaurateurs and small business owners.

“Stefano Viglietti’s restaurants in Sheboygan are a revelation to anyone who cares about great food from local sources,” Messitte said. “He magically combines the best meats, cheeses and produce from Wisconsin with family recipes from Italy, new takes on classic breakfast food and old English pub fare. He is someone who is following his passion, and it shows in the thousands of devoted diners who come from hundreds of miles away to eat at his restaurants.”

Wisconsin has its own distinct food culture, and agriculture represents a significant part of the state’s economy. The Dairy State is known internationally for its cheeses, but its rich culinary tradition extends far beyond cheddars and creams. Wisconsin is world famous for brats, craft beers, kringles, cheese curds, custards, fish frys, Door County cherry pies, cranberries, whitefish boils, supper clubs, ButterBurgers, and brandy old fashioneds. Restaurants and dinner tables the world over draw from Wisconsin’s rich farming heritage, and the state’s restaurants are some of the finest in the country.

The honorees will participate in a panel discussion on ” Wisconsin Food and Entrepreneurship” during a Commencement Brunch and Forum starting at 10 a.m. on Sunday, May 14. The Commencement ceremony will begin at 1:30 p.m. on the lawn of Harwood Memorial Union. Visit ripon.edu/commencement for more information and to access the full schedule of events. 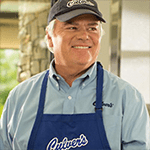 Craig Culver is the co-founder and chairman of the board of Culver’s. His passion for the business started more than 50 years ago when his parents bought their first restaurant. Modeling his mom and dad’s command of the kitchen and gracious, Midwestern hospitality, Culver grew up serving guests and learning firsthand about delicious, cooked-to-order food. In 1984, he and his family opened the very first Culver’s featuring ButterBurgers and fresh frozen custard in their hometown of Sauk City, Wisconsin. They began franchising in 1987, and today there are more than 600 Culver’s restaurants in 24 states.

Culver is a member of the National & Wisconsin restaurant associations. He is also a board member of the University of Wisconsin Oshkosh Foundation, the Bank of Prairie du Sac, Kwik Trip and the Greater Sauk County Community Foundation. 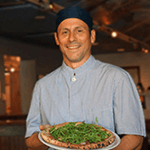 Stefano Viglietti is a self-taught chef who, with his wife, Whitney, owns and operates four restaurants in Sheboygan, Wisconsin. Trattoria Stefano, a regional Italian trattoria, opened in 1994, followed by Il Ritrovo, a certified Neapolitan pizzeria in 2000. Both have been featured in Food & Wine Magazine, Madison Magazine, Wisconsin Trails, Milwaukee Magazine, Bon Appetit and the Chicago Sun-Times. In 2005, Viglietti opened Field to Fork, a combination café and grocery featuring local and organic meats and produce. Field to Fork was featured in Saveur Magazine and the New York Times Magazine online. The Duke of Devon, a true English gastro pub, opened in 2006. A graduate of Knox College in Illinois, Viglietti has provided outstanding learning experiences for his employees through sponsored trips to Italy, helping to expand knowledge and appreciation for authentic Italian cuisine. He is passionate about educating and instilling a love for quality in customers and staff. Local, organic meats and produce are used in all four establishments. 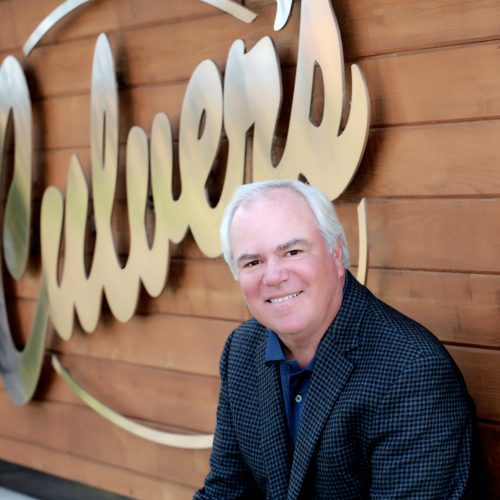