Jazz pianist Rob Clearfield will perform Friday, Oct. 27, as part of the Chamber Music and Jazz at Ripon series at Ripon College. The concert will begin at 7:30 p.m. in Demmer Recital Hall, C.J. Rodman Center for the Arts. Ticket information is available by calling 920-748-8791.

He grew up steeped in music. His mother is a professional musician — church music director and music teacher — and so the idea of making a living with one’s instrument was always second nature in the Clearfield household.

His first playing gig was at age 14 and he studied privately with Jim Trompeter at Roosevelt University. He has toured extensively and is prominent on the Chicago music scene, playing original music, jazz standards and other selections in a variety of venues, with such Chicago jazz stars as Matt Ulery, Fareed Haque, Marquis Hill and Greg Ward.

In addition to performing and composing, Clearfield has received grants to compose for churches, stage productions and film. 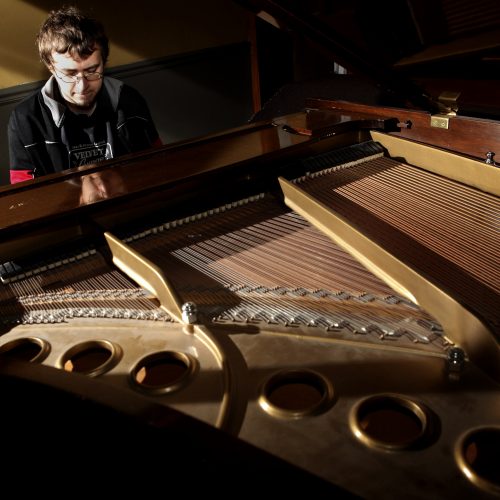